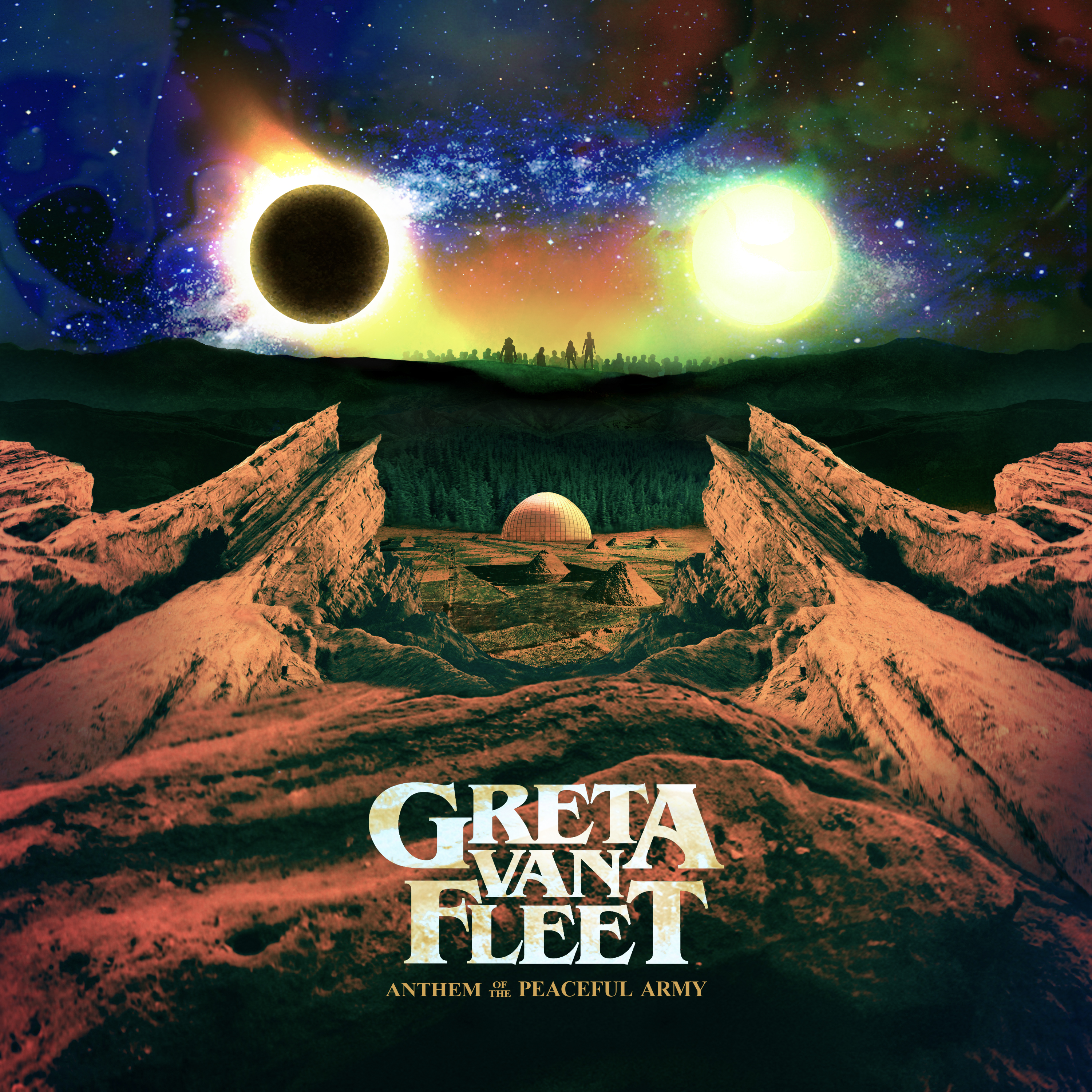 Anthem Of The Peaceful Army

As one of the few energetic rock bands able to make classic rock exciting to the mainstream these days, Greta Van Fleet have a lot of expectations to deliver on. For their debut, the band play to what fans want enough to also play around and push their limits well. By capturing the essence of vintage rock that made them famous and moving FAR beyond it, they prove here they’re much more than a tribute act.

An otherworldly rumble sets of “Age Of Man” as Greta Van Fleet take a much more solemn approach in their writing while also exploring different arrangements than their singles really have time for. Though the song seems to nod lyrically to their heavy Led Zeppelin influence, they really take this sound into an epic and totally different direction with some of Josh Kiszka’s most soaring vocals to date. While “The Cold Wind” definitely rings out a little too similarly to their previous “Safari Song” they bring intriguingly dark tones to the riffing this time around. Much like their other tracks however, there’s such a beautiful drum performance (among the rest of the amazing mix) that you’ll be more mesmerized than bored.

Van Fleet earn their keep however on the nostalgic but dangerous energy of “When The Curtain” falls, where all their classic rock influences are thrown into a blender and ripped into modern production. This mixed with such an explosive chorus, dynamic playing between the members and dense chords leaves you absolutely blown away. “Watching Over” is a much stranger track in terms, where it seems to delve into kind of anti-choruses and strange bridges every time you think it will go elsewhere. Apart from some strange anti-climactic energy, it’s cool to see them playing around with their writing more.

Right as its build up breaks loose, “Lover, Leaver (Taker, Believer)” become a furious and momentum-driven track that really doesn’t let up. While it’s definitely more on their homage-heavy tracks, there’s so much personality and choice moments picked for this track that you’ll be shacking your head too much to care. Van Fleet take their largest country leap on “You’re The One” that while much calmer and simple than many tracks on the album, has enough heart to carry it. Kiszka’s vocals show a true passion behind every word that is only more fiery on later choruses, while the band continuously expand their arrangements to keep things interesting.

Strange rhythms drive “The New Day” for a boisterous folk-rock track that see Kiszka’s singing taking interesting pointed and weirdly affected new directions. All the unique breaks and little quiet moments here make for a track that stands out from many of their loud stadium tracks. “Mountain Of The Sun” sits perfectly between these feelings, crafting something a little more swampy in their sound. Energetic and full of life, it’s straightforward fun by these exuberant rockers while carrying enough surprises to sustain repeat listens.

Unfortunately it’s a little harder for “Brave New World” to feel quite as interesting or invigorating as the rest of the record, as it feels overtly serious like some of Guns N’ Roses extended writing. “Anthem” on the other hand at least offers a sleepy little outro about acceptance to take you out on a good feeling while bringing a lot of trippy production to the table.