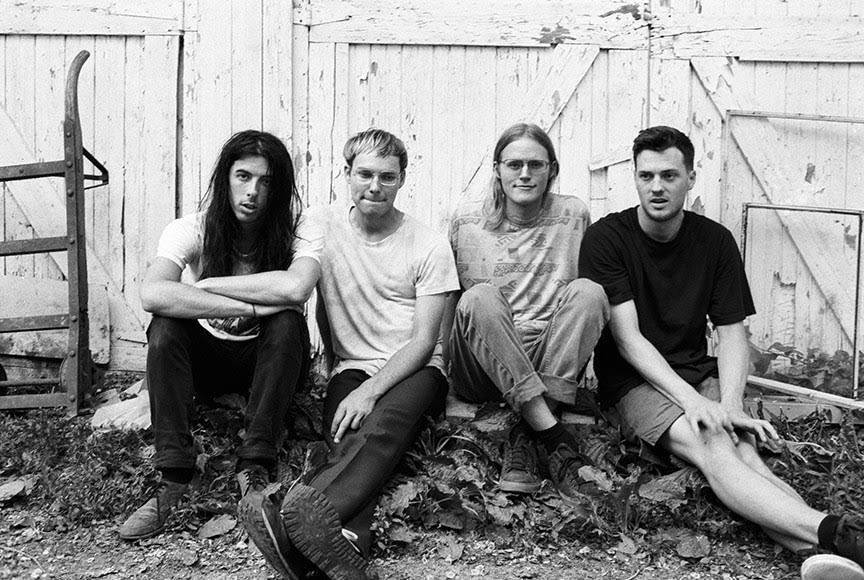 NAP EYES ASK MORE QUESTIONS THAN THEY WANT ANSWERS FOR

Every Nap Eyes album is a quest for self-understanding for Nigel Chapman, the Halifax band’s singer and lyricist. Since they made their full-length debut with Whine of the Mystic in 2014, he has been exploring the co-existence of dark and light, pain and relief, and joy and sorrow. But the more deeply he investigates, the further away he gets from any definitive answers.

Chapman continues his investigation on Nap Eyes’ third album I’m Bad Now, due March 9 on Paradise of Bachelors. And he has realized: “As you learn more and live more, you find that [self-understanding] is definitely a red herring. You could never know.” He believes that in searching, you should find yourself more ignorant than when you began. “You would, I suppose in a kind of objective sense, become less ignorant because you’re more aware of your ignorance or aware of all the things you don’t know.”

Chapman has also attained humility in knowing he’s not the centre of everything. And although he calls his epiphany “far from sufficient,” it has been freeing. “In a weird way, the stakes are lowered… If you see yourself as the centre of everything,… and then you imagine screwing up, it’s way worse than if you realize you’re one part of a massive interconnected whole.”

But just because Chapman sees himself as part of a whole doesn’t mean he strives to be social all the time. As he expresses on “Follow Me Down”, he walks alone in the cold to escape, as a press release phrased it, “the anxious tyranny of the self.” But he acknowledges that spending too much time alone can breed existential fear and anxiety. “You might not realize it because you’re scared to go outside or you’re reluctant to give up your solitude for even an hour, but that is the very thing that will ease your sense of existential fear, is taking part in social activities. So it’s a balance.”

As growing success changes Nap Eyes’ environments and routines, Chapman becomes more aware of “disharmony” rising within himself. “I usually find it in a simple case, maybe times when I’ve been deprived of solitude for great periods of time where ordinarily I engage in it almost frivolously.” He cites the example of abruptly transitioning to tour life, when the only time he has to himself is when he goes to the washroom. “It can be quite troubling when you first get a glimpse of something that you usually naturally shove back in,” he says about any sense of internal disharmony. But as with any training, be it mental, spiritual, or physical, the beginning steps of acknowledging and possibly even accepting such disharmony can be painful. “The pain is actually a sign that you are at the edge of a comfort zone.” He doesn’t recommend “bulldozing into that zone,” but he does advocate spending time around it.

To Chapman, objectively viewing “troubling mental phenomena” in terms of brain chemistry doesn’t just mean taking things as they come. “I won’t try to be a saint, but I’ll try to be the best self I can or not project my negative moods onto others. There is an element of control that the organism has, and I think they should take control.”

On I’m Bad Now, Chapman also continues negotiating social interactions. Friends surprise him with gestures of kindness on “You Like to Joke Around with Me” which leads him to musing on the benefits of “tuning” oneself “to catch another’s wavelength,” whereas on “Stargazer”, from Thought Rock Fish Scale, he admits: “I don’t think twice when I do something nice / But I don’t do things like that very much / Cuz if you go around try to please everybody / It only becomes your crutch.” How Chapman approaches a social situation depends on how it unfolds. Socializing is a balancing act between stubborn solipsism and being “cowed down with your shoulders hunched and just feeling like you have no sense of control or who you are as an individual.” Think of the giving spirit as a muscle: It needs to stretch, and it needs to contract.

“Whatever you see is okay by me,” Chapman sings on “Roses”. He appears to accept the idea that there are multiple versions of “you,” and therefore, however someone sees “you,” their perspective is valid. There does come a point where a person must refute how they are seen though. “If you feel like the person’s projection onto you… is holding them back in some way or causing them some kind of unresolvable internal conflict, then I think in that case you should try, gently as you can, to divest them or to remove the grip of that projection.” That is, not by forceful refutation, with neither resentment nor annoyance. Try to understand: Why do they see you in a negative way? Like the theme of opposites that runs through Chapman’s work, some answers, chase as you may, will always elude you. Others you will find with enough persistence and, more importantly, patience.