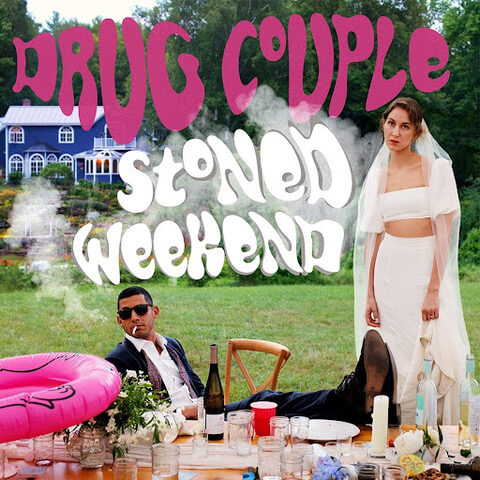 Drug Couple left NYC on Friday, March 13th, 2020 for a wedding planning weekend in Vermont. Two weeks later they found themselves unemployed, in the middle of the woods, with a whole lot of time on their hands. In a two-hundred-year-old barn set amongst the rolling pastures of the grounds they now called home, they built a studio and named it “Freelandia”. It’s there that they laid down “Our December”, along with a peach of a single called “Lemon Trees”, and a full-length too, arriving on January 28, 2022, Drug Couple will release Stoned Weekend.

Produced in the capable hands of Miles Robinson himself, the LP showcases the understated talents of the band as much as it showcases their (perhaps commercially misguided) desire to make the kind of independent music they want to make. A world away from the bedroom-produced Billie Eilish-inspired sad-girl “pop but not” entries of today; it’s a collection of barn-produced blasts from a couple who get a kick out of alternative music, almost as much as they do each other’s company.