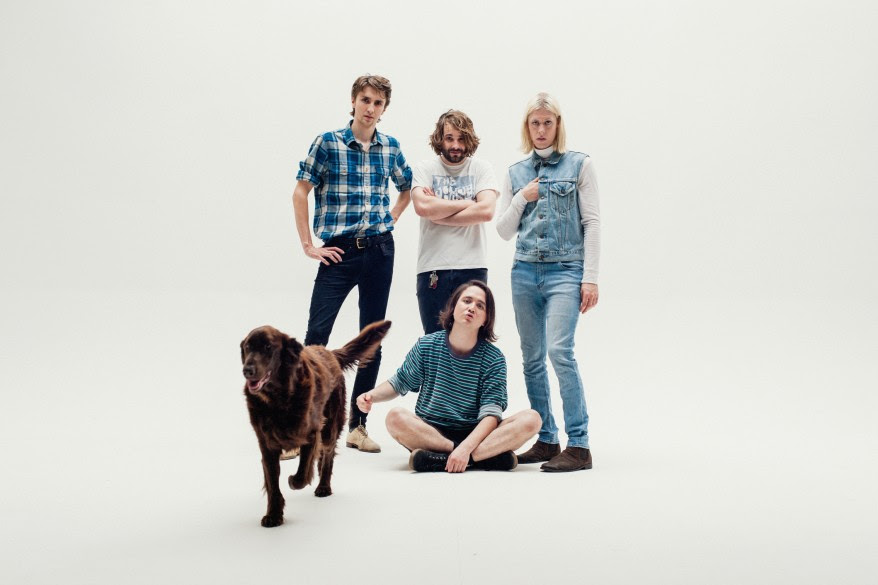 The past two years the band have been busy crafting new songs. A fresh musical direction was initiated earlier this year with the Power Ranger EP and a European tour alongside long-time Burger buddies together PANGEA. The new material is less garage rock oriented and has a more 90’s alternative high school rock vibe to it. The band recorded the album over a three-month period in the winter of 2015/2016 with drummer Raven Aartsen as producer. “It’s a pretty contemplative album”, says singer Melle Dielesen.

Both musically and lyrically the record explores a wide variety of emotions and atmospheres. The spaced-out “All Will Fall to Waste” comforts the listener by saying that “this is just a phase”, even though “all will fall to waste”. Slacker banger ‘OC/DC’ is a tongue-in-cheek track about a rockstar afraid to leave the house because of his obsessive-compulsive behavior. “Crawl” is a hypnotic grunge jam that delves deep into the dark heart of sexuality. And Guided by Voices shouldn’t be ashamed to cover “Crybaby”, a powerpop gem about the little whining child that’s deep inside all of us. The record will be put out digitally, on CD and of course on vinyl, with beautiful artwork by Wolf Aartsen (brother of drummer Raven). After the release Mozes and the Firstborn will tour the Netherlands, United Kingdom and Europe.

Great Pile of Nothing will be released September 9th, 2016 via Burger Records.