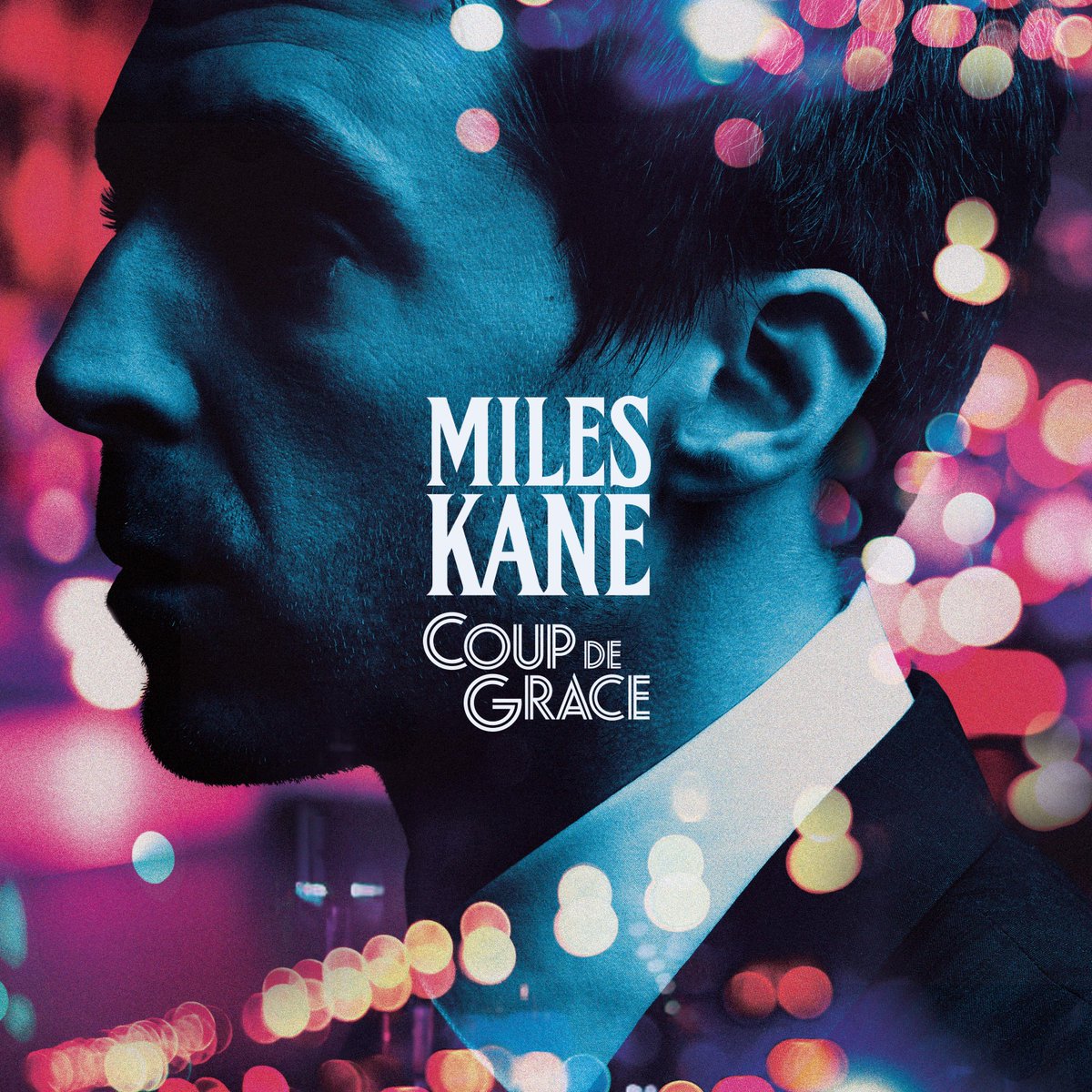 Following his recent Last Shadow Puppets’ record, Miles Kane’s new music pulls as he suggests form their song “Bad Habits.” While it’s not the same non-stop rush of grimy adrenaline, Coup De Grace finds Kane striking quite the balance between his different sounds. While it does hold onto all the old rock inspiration Kane has always had in his solo work, this record sees him really making it his own, and occasionally hitting some truly memorable highs.

The frantic pace Kane’s vintage-tinged rock beats out with feels like a retro-revival on “Too Little Too Late” kept fresh and exciting thanks to snide character. Even though this track does feel quite familiar, there’s something utterly contagious to Kane’s own energy on the track. In similar fashion, the grimy bass and production shakes up what would otherwise be seen as a T-Rex update on “Cry On My Guitar.” It’s once again this unhinged personality and fearlessness in terms of production that keep you on your toes as a listener.

While you could debate the range of influences behind the music on “Loaded” there’s something utterly human and bizarre to the story here. This absurdity and personalized attitude grounds the song and lets every little flourish feel special. “Cold Light Of The Day” however feels like primitive Garage is back from the dead, with Kane’s own punk-ish howling keeping the track electric. With so much chutzpah just rushing from this track, it’s one that will leave you begging for a live take.

Things take a much more cosmic turn on “Killing The Joke” where he pushes his use of effects to something harmony-filled and spacey. With this in mind, he anchors the song with his usual classic pop to create something that fills us with nostalgia while introducing us to new worlds. Kane takes weird directions on “Coup De Grace” where he brilliantly emulates club sound and an electronic sound with his band and some production tricks. Though some rock purists may discount this as an experiment, it burns with the same raw energy of early LCD Soundsystem, as he brings rock forward.

Although from a writing perspective “Silverscreen” does feel like a step backwards, there’s something gripping to the overall textures and feeling that Kane pulls out of it. It’s also very refreshing to see such an eccentric writer like Kane is still wise enough to keep his more straightforward tracks short and sweet. Alternatively, Kane hits an album highlight on the groovy beats and screaming vocals of “The Wrong Side Of Life.” Taking funk and his own gritty energy into his dark gloss, this track is Kane at his most vulnerable while brutally powerful for a standout and moving listen.

While it doesn’t have quite the same emotional touch, “Something To Rely On” really buries a surprisingly personal tale under its fast rock. Kane does however keep it catchy and forceful for a track so seemingly simple. Things wrap up on a kooky love track, with deceptively phonetic track “Shavambacu.” The theatrical tones of the writing and jokes about poor French, just make its corny chorus all the more endearing and fun.