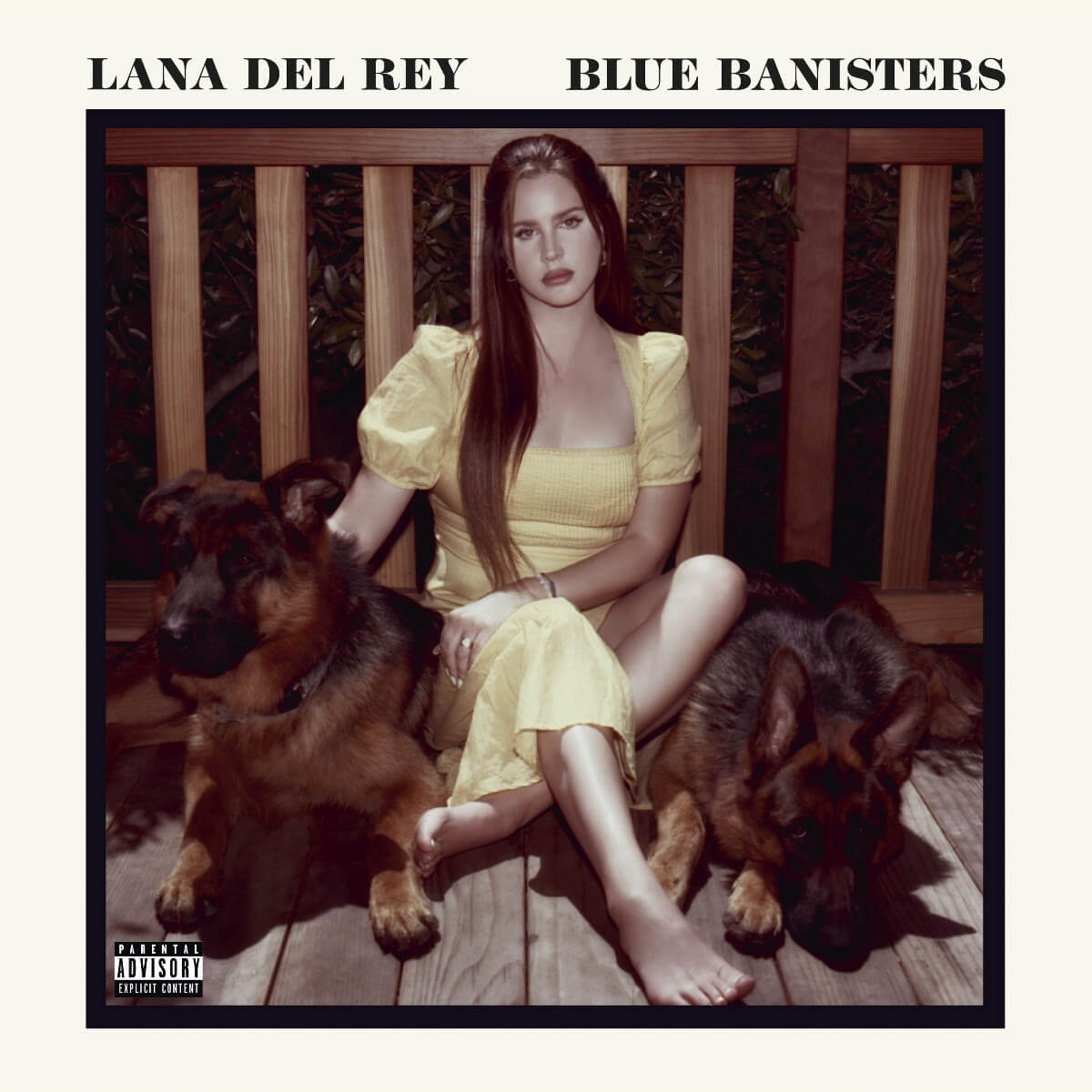 Lana Del Rey is the most curious of pop stars. With just a cursory listen to her catalogue, most would find it interesting that her matter of factly stated, densely arranged, complex songs would fill arenas all over the world with screaming fans. Del Rey works in a very specific way. Her songs seem immensely personal but it’s always hard to know if she is singing in character or about her own life. While she has said in the past that she has never needed to use a character to bring her songs to fruition, one has to wonder if a statement like that is just another layer adding to the mystery of her work.

On her eighth album, Blue Bannisters out today, Del Rey explores her relationships with family, significant others and even the pandemic to bring about her most absorbing album since 2019’s Norman Fucking Rockwell. Absorbing seems the right word for the album. Del Rey is different from most of her contemporaries in how she can create a very distinct, lived in world from the first note to the last. She’s morose, melodramatic and consistently hilarious throughout. Whether this is her being completely honest with herself or putting on airs, the proceedings are immensely captivating.

The album doesn’t stray far from the formula we’ve gotten used to from Del Rey over the years. The songs are intricate but simple. Beautifully subdued melodies swirl underneath her plainly sung delivery. Subtle strings and piano carry most of the tracks featured here but even thought out the just over an hour running time, things definitely do not feel repetitive. This is a testament to Del Rey’s talent as a songwriter and a persona. You wouldn’t be far off to think that these songs are from some musical that has been long forgotten. It all feels timeless and could only come from this distinct personality.

The dirge-y “Text Book” kicks things off with an almost absurd beat poet intro. Del Rey sings over a stand up bass and some chiming percussion and string swells before it all levels out in the chorus. Del Rey details a romance that is mostly hinging on correcting her relationship with her own father. She sings, quite wryly in the chorus,”You’ve got a Thunderbird, my daddy had one, too/Let’s rewrite history, I’ll do this dance with you/You know I’m not that girl, you know I’ll never be/Maybe just the way we’re different could set me free/And there we were, screamin’ “Black Lives Matter” in the crowd/By the Old Man River, and I saw you saw who I am/God, I wish I was with my father/He could see us in all our splendor”, leaving us all with a lot to digest. It’s hard to say if this is genius or pedestrian and this is just one of the many ways Del Rey keeps us on our toes throughout. “Black Bathing Suit” seems to address the last year and half for many of us. “Grenadine quarantine, I like you a lot/It’s LA, “Hey” on Zoom, Target parking lot/And if this is the end, I want a boyfriend/Someone to eat ice cream with and watch television/Or walk home from the mall with/‘Cause what I really meant is when I’m being honest/I’m tired of this shit”, she sings off the top over some nature sounds and a sparse piano. It’s Del Rey at her most grounded and relatable and it’s quite charming. “Beautiful” features what may be on elf Del Rey’s most enthralling vocal melodies and performances she has ever written or performed. In the absolute ear worm of a pre chorus she sings, “What if someone had asked Picasso not to be sad? Never known who he was or the man he’d become/There would be no blue period/Let me run with the wolves, let me do what I do/Let me show you how sadness can turn into happiness/I can turn blue into something.” She could be singing this to a lover that is asking her to not be who she is or her audience, critical of things that she has done or said, and regardless it’s perfectly honest and quite beautiful.

We’ve come to expect a certain thing from Lana Del Rey over the years and while Blue Bannisters doesn’t change the plot up much, it is one of Del Rey’s better releases. Del Rey feels comfortable here, bringing you into her world. One that is honest, messy, dryly hilarious and extremely relatable.