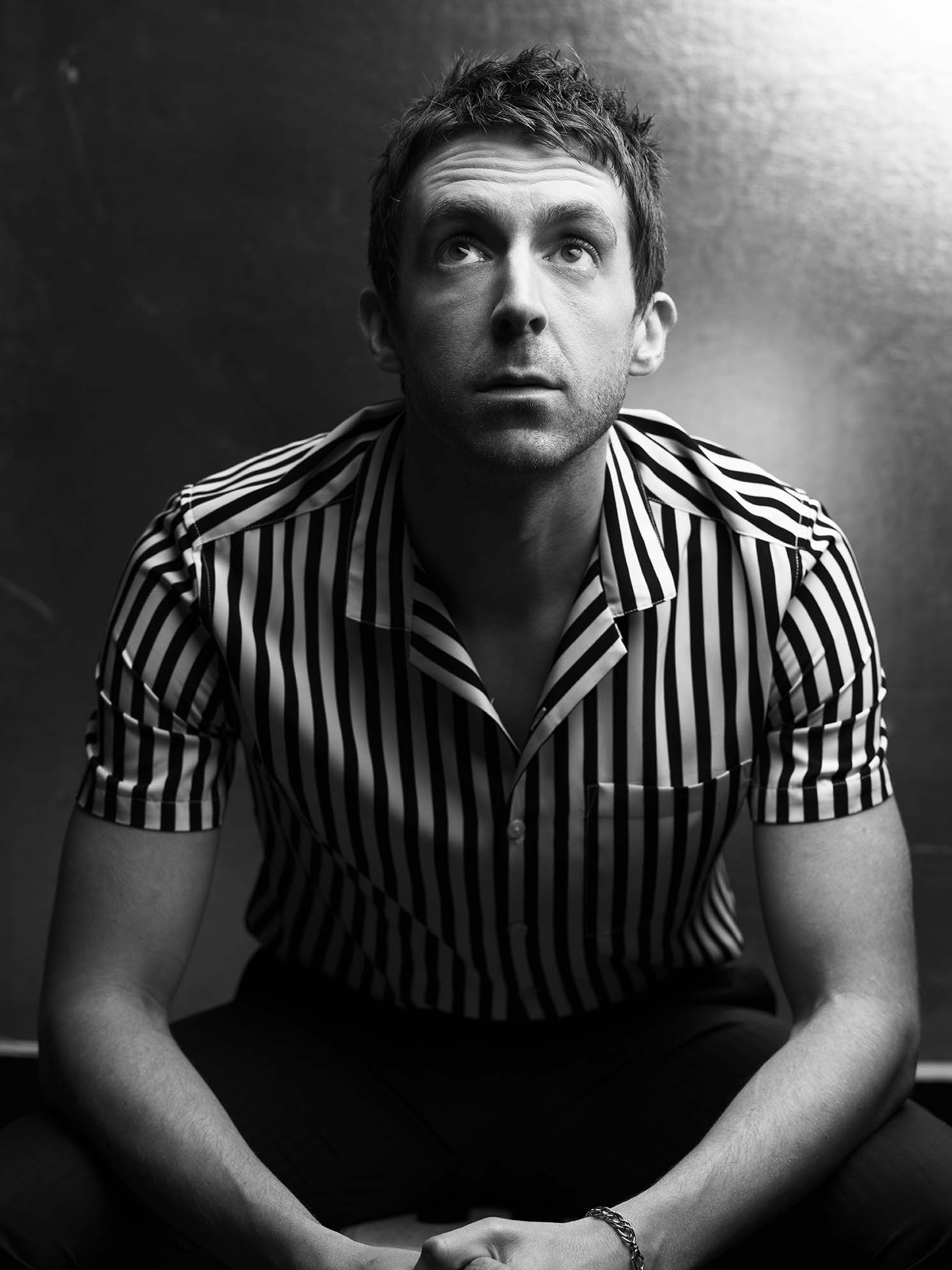 Miles Kane has been a busy man across the last decade across solo albums, collaborations and The Last Shadow Puppets. While he’s been endlessly creative, getting back to his solo work took some adjusting. Aided by fellow musician and friend Jamie T (and Lana Del Rey for that matter) Kane hit his stride again for the dark and occasionally wrestling inspired Coup De Grace. We talked with Kane ahead of his album and upcoming tour to discuss how collaborating excites him more than writing on his own and how his love of wrestling gave him a few new bruises.

Northern Transmissions: The new music we’ve heard from the record definitely has a darker, as you’ve put it “Bad Habits”-like sound to it, what guided you away from the more preppy sounds you’d worked with previously?

Miles Kane: I think it was just following the style of tune and way I was singing in “Bad Habits,” that’s frantic and something I really enjoyed. We’d also been covering “Totally Wired” by The Fall, and I was really getting a kick out of it. I’d always been playing upbeat rock but I wanted to tap into that punk, wilder side of things and a little glam. Going into writing the record, there was this conscious effort to make those upbeat songs kind of slap you in the face when we go out and play live.

NT: I understand you’d also gone through a bit of a creative funk after wrapping up your recent Last Shadow Puppets’ record, so what broke you of that?

MK: There was a bubble from the Puppets thing and it ended so I had to find my way back to work. I already had songs, but they didn’t feel right then. I went to New York right after the tour to try and write, where I wrote “Silver Screen,” which is like The Damned but about something that was annoying me at the time. I was in L.A. for a while, and it was then that I really settled into a funk. It wasn’t until the next year that my friend Jamie T was doing this acoustic gig, and said he’d stay for a week to try and write some tunes. He asked me to play what I had, and he told me that songs like “Silver Screen” should be the blueprint for the album. Once we got in a groove of writing a song a day, that’s what snapped me out of things and helped me get my mojo back.

NT: How did Lana Del Rey get involved in your new record and what was the writing process between all of you like?

MK: Jamie was playing this gig, and the first person I saw there was Lana, and we’d met several times so we just started chatting. I told her me and Jamie were just writing music, and she wanted to hear it. The next day she just FaceTimed us with no warning, and loved the music so much that she came over. She asked to try something on the chorus of “Loathing” and she did the melody that ended up on the track. We were blown away and it was how the song came together.

NT: Where did you and Brook Linder get the idea for the “Cry On My Guitar” video and how was it learning the choreography for that?
MK: Apart from one slam on the concrete, I did all the stunts. Brook did the video for “Loathing” so we were friends after that. I’d also become friends with Finn Balor, who’s finishing move is called Coup De Grace. We always thought it would be cool if our worlds would cross because he loves music and I love wrestling. We had an idea for a video that would prequel “Loathing” that was fought in a sort of James Bond way. The stunt coordinator was mapping things out, and then I was just black and blue the next day because it was a 14-hour shoot. It was 100 per cent worth it though, and it’s something I’d love to do more of.

NT: I understand your album is even named after wrestler Finn Balor’s (who fights Kane in the video) finisher move, what’s led to this transparent display of wrestling love?

MK: The way it all fell into place, it’s hard to describe. Wrestling’s just something I’m really interested in and it has had a strange influence on my music. I’ve always loved watching it, and as things went on I was looking for a lyric while texting Finn and Coup De Grace just sounded cool. Then I found the meaning of the phrase, which was interesting and things just kept rolling while still making sense.

NT: With so many minds working behind this record, what did John Congleton bring out of all of you and what kind of ideas did he bring to the music?

MK: The recording of this record was two weeks, and we did a tune each day of those. All the songs and lyrics were virtually done then, so I just put my trust in him. We had great musicians, the lads from Mini Mansions and Loren who’s a great drummer that we used with the Puppets. I was so ready to go in, I was singing well and John just helped make them sound great.

NT: With this in mind, what is it about collaborating with others that excites over simply writing in a vacuum?

MK: It comes down to the music I want to make. I haven’t been interested in making an acoustic, “Starbucks” album. I like working with friends and people I respect, it just brings out the best in me. If I’m on my own, I’ll just procrastinate a lot of the time. People push me to raise my game, and I enjoy that aspect a lot. When I was younger I would do more songs on my own, but I find working with others comfortable and exciting really. It gets me out of a bracket and helps me try new things.