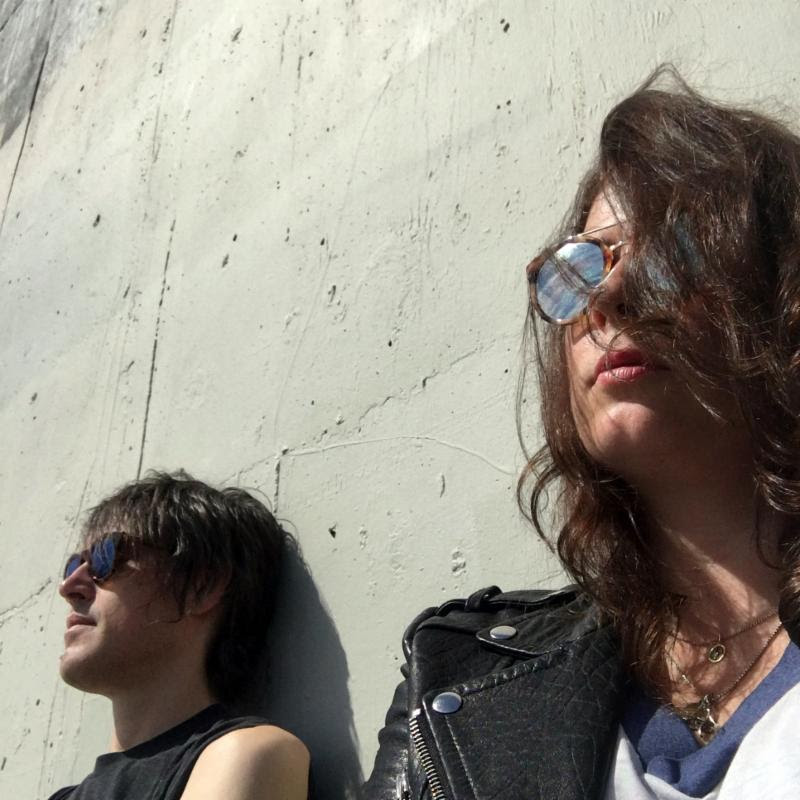 Lightning Dust, comprised of Amber Webber (Pink Mountaintops) and Josh Wells (Black Mountain, Destroyer), have announced their new release Spectre, will be released on October 4th, 2019 via Western Vinyl. With the news, band also shared the first single “Devoted To” Lightning Dust will head out on the road in support of the album with David Berman’s new project, Purple Mountains. A current itinerary is below and more dates will be announced soon.

Webber wrote the moving and haunting songs on Spectre during a challenging, introspective time of self-discovery and rebirth that resulted in her rededication to music. Throughout, she sings of deeply personal, yet relatable matters including her resilience and determination to reestablish her creative independence, the human need for change, and how it feels to face the demons in one’s past. Spectre also touches on her departure from Black Mountain (“When It Rains”), as well as her search for a sense of direction as she moved into her new future (“A Pretty Picture,” on which Stephen Malkmus shreds). Booming slacker anthem “Competitive Depression” features vocals by Destroyer’s Dan Bejar, and the dramatic two-part closer “3am / 100 Degrees” brings Spectre full-circle with a final statement about delusions that manifest in strife: “Replaying what’s behind, made us all scared when nothing was there.”

2018 was a year of new beginnings for Webber — she went back to school and even tried out a new career. In the end, these detours gave her the chance to step back and explore what parts of music were important to protect. “It made me realize that art and music are still my light,” she explains. “Spectre is my journey. It’s for all the women warriors that have been battling throughout life looking for a place to express themselves that feels inclusive and inspiring. It’s about finding yourself when no one is paying attention and inventing a new way of creating that feels honest and sincere. I truly feel that women, especially as we age, are underrepresented. That was truly the driving force to creating this album.”