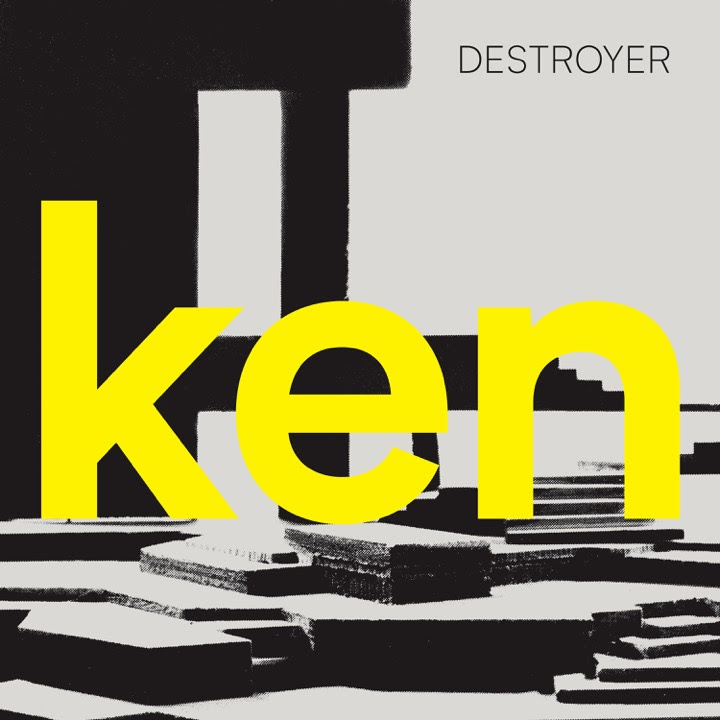 While it may have been a little bit of a surprise to see Dan Bejar (aka Destroyer) absent from the recent New Pornographers record, this latest album from his Destroyer project proves why he was so busy. For their eleventh album the band adds forward-thinking elements to old-school sounds, to make something familiar that feels of multiple eras yet no era at the same time. Carrying an underlying note of electricity throughout, it’s interesting that Bejar passed on the latest New Pornographer’s record with all the similarities between them. This said, ken is a subtle masterpiece that brings out emotion and beauty for a record that truly feels sublime.

Frantic electric beats shift back and forth through the stereo mix as the albums blooms open on “Sky’s Grey” with piano and synth cutting through with sparing moments of beauty. In his typically free-flowing vocal style the song has a light jazz feeling before the loud electronic charge comes through to turn it into a dreamy synth pop wonder. “In The Morning” roars much louder through massive bass notes and shrieking guitars that carry Bejar’s vocals emotion even higher. In the pounding ferocity of its pop-driven writing, each new hook is a satisfying addition, making his dense creation feel even more fleshed out.

“Tinseltown Swimming In Blood” runs forward on its simple futuristic electronica, letting Bejar’s visceral lyricism add a sense of magic to an otherwise dance beat. The vintage toned instrumentation that layers throughout the rest of the track really humanizes the sounds as well, for a track that breathes humanity and its potential to evolve. Sunny guitar notes find Bejar euphoric on “Cover From The Sun” as he spits out one of his happiest tracks in some time with distinct tones of the Smiths. Building pianos and a flickering percussion line, the track avoids its potential for pretentious lyrics by going all out in its sonic pallet.

With hints of European pop, and a bit of Sonic Youth’s cover of “Superstar,” “Saw You At The Hospital” tells a desperately sad story of the aftermath of tragedy. Matching its lyrics note for note, the instrumentation’s slow degradation and depressed mood makes for a track that oozes emotion. Stripping things down to create tension, “A Light Travels Down the Catwalk” lets a subtle beat tick along to the ominous bass, as Bejar colours the world with his inner monologue of the distraught model. The sparring hooks and twisted guitar wails give the song a huge dynamic shift and create a powerful emotional release, outdoing the much denser tracks on the record.

“Rome” carries an immense size in its sound as the rollicking drums come and go, and echoes seem to go on forever, leaving even the open spots of the song teeming with life. The fuzzy synth hook is absolutely infectious every time it comes through and the emotion that Bejar manages to weave through his harmonies is utterly masterful. Riding waves of feedback on “Sometimes in the World” Bejar creates a wash of sound that feels like an 80s dream sequence committed to tape. While making quaint references to Vancouver, the song is endlessly engulfing, making for a standout moment on the record.

Punk-charged drums roll over the vibrating keys of “Ivory Coast” as Bejar lays out a cinematic level of composition, making a deeply visual track. His small life story gets emotional lifts from burning guitar solos and the harmonic hooks like many others on the record send it all over the top. The outro of saxophone is a divine touch that gives the song an even more timeless effect. “Stay Lose” has a guttural growl to its synths, and the simple pop melodies make it so the denser production really pops. With off-kilter beats and an avant-garde chord progression “La Regle du Jeu” moves forward on a dance-take of the sounds of Rush’s Counterparts.