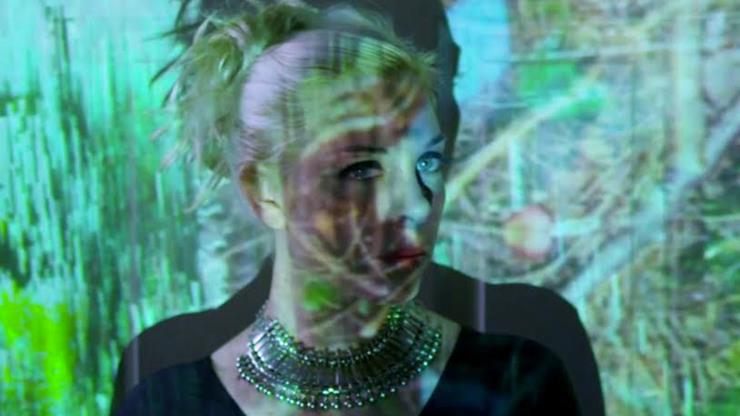 For Lia Mice’s latest music video “Everything’s Sailing”, taken from her new I Love You LP, Mice enlisted New York based director-cinematographer Alice Millar, who had previously been working mostly on feature films and videos in the hip-hop and fashion world. Alice says: “This was a fun departure for me as we really went to town experimenting in these interesting locations like Bear Mountain and an artist-made wooden shack in Bushwick. We shot through a piece of broken glass and had a lot of fun with the projectionists.” New York DIY projectionist duo EYEBODEGA, mainstays of the New York artist collectives Babycastles and Silent Barn, added visuals to round out the video as a surrealist tribute to road trips and lucid dreaming. Like Mice’s music, it’s cinematic and mysteriously disturbing.

Lia Mice is currently in France, fresh back from album release tours of Japan and the US and already busy re-inventing her live show and creating new interactive visuals for next month’s solo tour of Australia, Malaysia and Singapore.