Klaus is comprised of François Lafontaine (Karkwa, Galaxie), Joe Grass (Patrick Watson), and drummer Samuel Joly. recetly, the Montreal trio shared the video for “Fever”, the track from their self-titled debut album. Conceptualized by Mathieu Dupuis, the video is synchronized to the pulsating beats of the oddball party track echo the song’s themes of dealing with the disorientation and turmoil of beauty. With a healthy dose of black comedy in its eyeball-blurring barrage of images, the video walks a fine line between sci-fi, psychedelia, and fever dream. Klaus have also announced new tour dates, starting December 21st in Québec City

* With Karkwatson
^ With Hubert Lenoir

During one hazy night out drinking at a bar, Klaus’s François Lafontaine, Joe Grass, and Samuel Joly decided to form a new project. What usually fades into a faint, unfulfilled fantasy instead became a catalyst. Two weeks later, the trio regrouped at Grass’s studio and began recording under a commonly discussed but often unrealized formula: no rules and no pre-established directions. Instead, they dug up fragments of unfinished ideas, the ones left behind because they couldn’t find the right collaborators to indulge in their time-traveling, globe-spanning experimentation. Drawing on influences ranging from Afrobeat guitars to Can’s krautrock propulsion to the art-rock of Brian Eno and David Bowie’s ‘Berlin Trilogy’, they approached their music with the mindset of improv comedians or easy-going chefs.

“No matter what one of us brought to the table we said ‘yes, that’s weird, but let’s go there!’” laughs singer, guitarist, and lyricist Grass. “When someone fed the group an idea, we worked with it and tried to make something complimentary. Later on we had to refine things and make them more cohesive, but in the beginning we were just throwing things into the soup and counterbalancing them with different spices until we had a gumbo.” 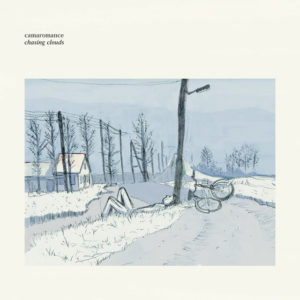 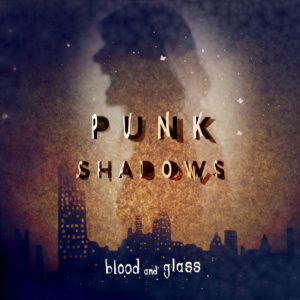 ‘Punk Shadows’ by Blood and Glass