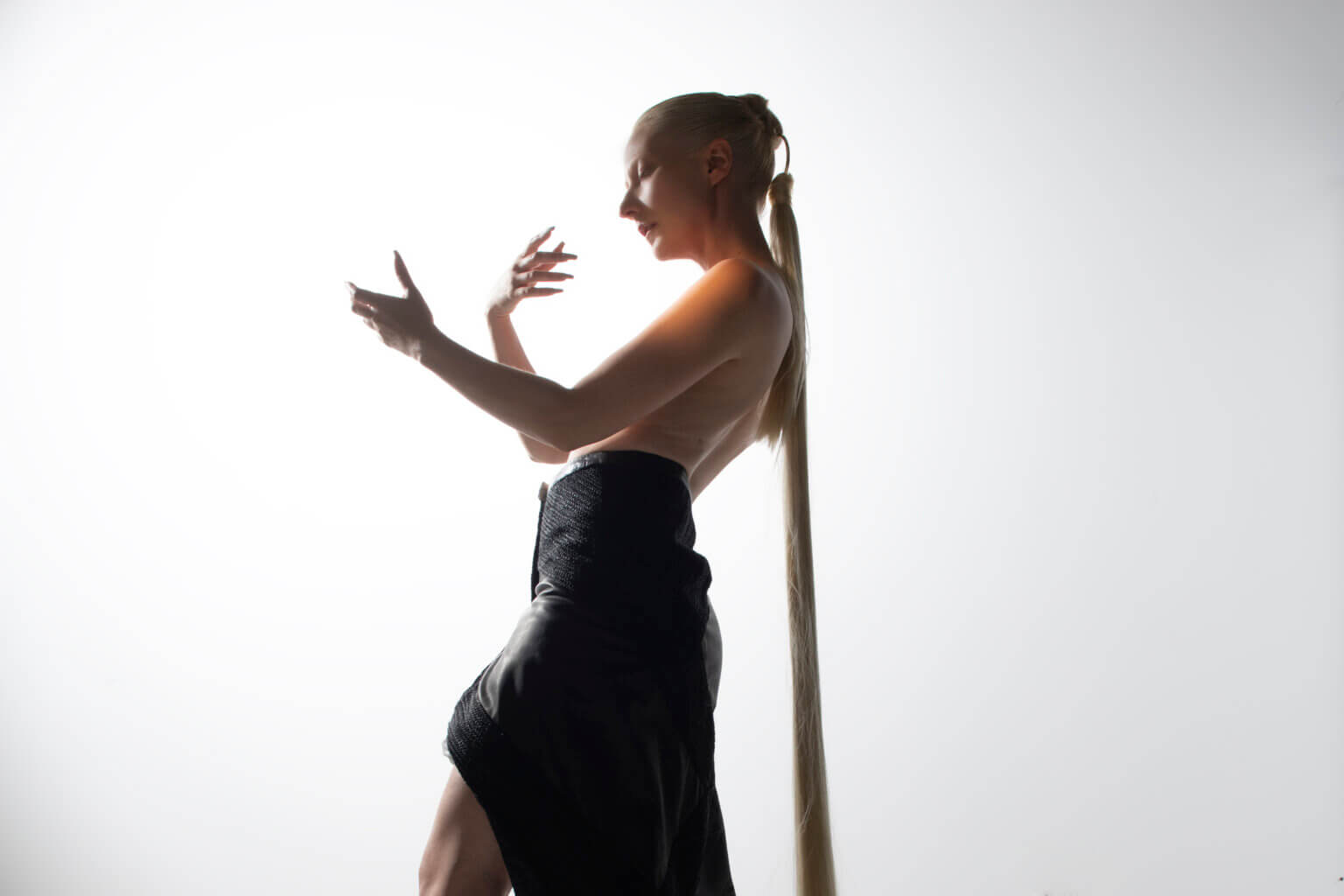 Kinlaw has revealed, her forthcoming release The Tipping Scale, will drop on January 22, via Bayonet Records (Beach Fossils, Lion Limb). Ahead of the LP’s arrival, Kinlaw has shared album-track “Permissions.” Kinlaw explains, “I only allowed myself to write this track while I was moving forward physically. I turned it into a bit of a game; there are many mental games woven through all of the tracks, really, but this one has the most. I wrote ‘Permissions’ on a bus, in the back of a car, on a plane, and every lyric and melody was written while walking or running. I was in an extraordinary depression at that time and wanted to honor it, yet still, write something for a future that would hopefully feel different.” Vocally, the song has a vast range, which Kinlaw likens to a spiking EEG brain scan. “It can sometimes be challenging for me to sing it. I like that about this one. The feelings are hard, the words are hard, it’s hard to sing, yet here we are, dancing together.”

Known for her solo works and multimedia productions with as many as two-hundred renowned dancers and performers, with contributions from Devonte Hynes, Caroline Polacheck, SOPHIE, Dan Deacon and more, Kinlaw steps out on The Tipping Scale to showcase her work in a new light. A beautifully crafted record full of ornate flourishes, dancefloor ruminations, and airtight production that overlaps with a refined, artistic compositional sensibility, The Tipping Scale is a goth pop masterpiece to move your body to.

Kinlaw is a composer, choreographer, and artist focusing on empathic potential and agency developed by performance through audio, dance, and sculptural installation. Throughout these mediums, she studies themes of power, memory, trauma, and connection. Her performances have been featured in institutions like MoMA and MoMA PS1 (video), Pioneer Works, Mana Contemporary, National Sawdust, and Knockdown Center.

The Tipping Scale contains deeply personal lyrics with universal themes. Kinlaw, who often works with gesture and movement as a writing tool, found The Tipping Scale unifying her multidisciplinary practice. She found it by building a real world. As she wrote, with the goal of finding human entry points for storytelling that felt authentic and honest to her practice, she often saw the music relating to motion. “I would start with a gesture and let it build into something until a memory attached itself to it,” She explains. “The memory would become a story and the story would reveal itself as something important that needed to be expressed in this album.” This works, too, for the lyrical process, where harder and less smooth gestures would represent consonants, and smooth, flowing movements would become vowels. She found the same thing happening with melodic lines and key changes. This is a record that jolts between the corporeal and the psychological, drawn from a flailing body, anchored by inconvenient truths.

The Tipping Scale out January 22nd on Bayonet Records