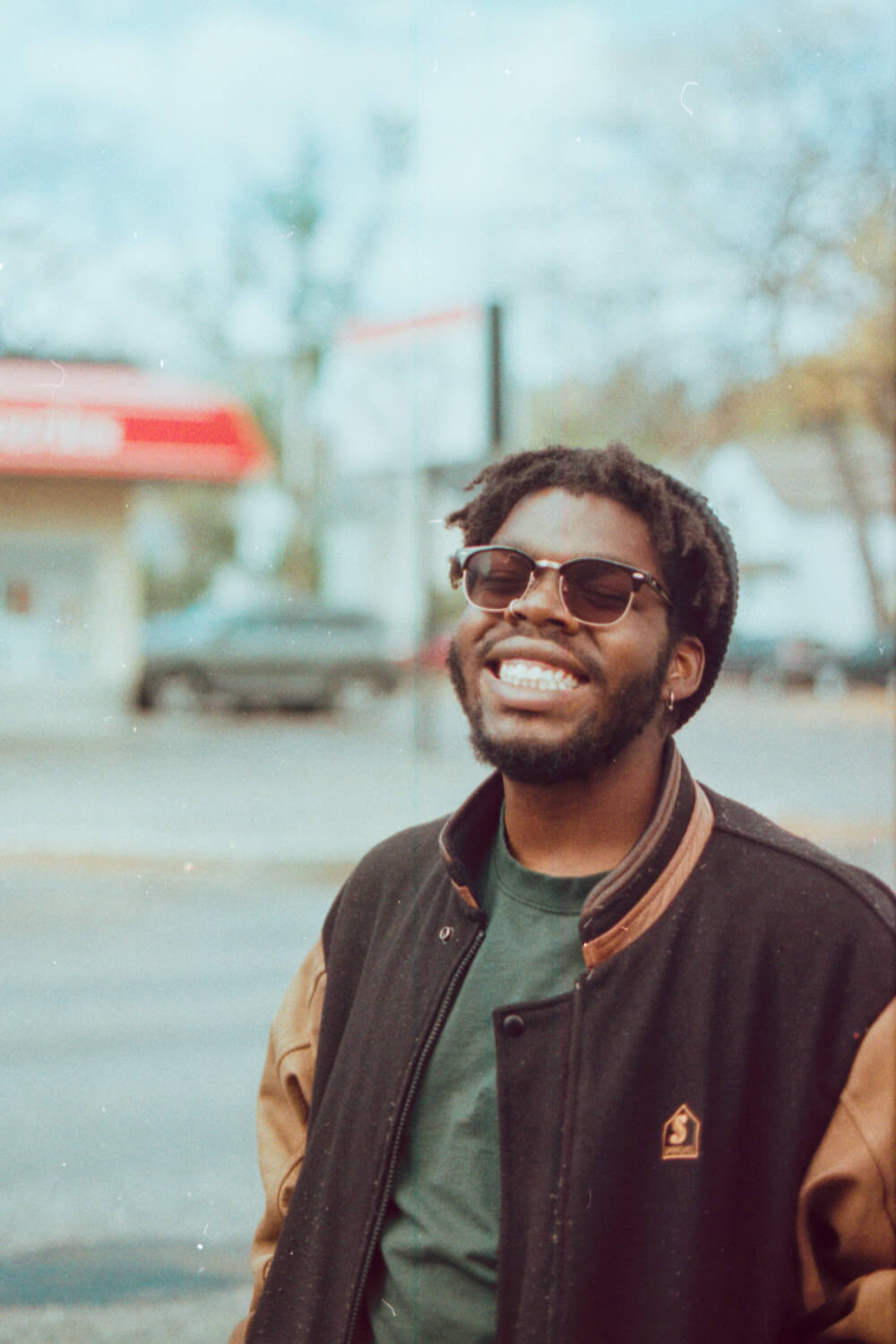 JayWood AKA: aka Jeremy Haywood-Smith early years included the wonderful sounds of R&B and Gospel, and later on Daft Punk, Beck, Outkast, Jamiroquai and more. Learning guitar and drums in High School, his love of music grew with each day. On April 23, the Winnipeg, MB based multi-artist will release his debut Psych-funk influenced album album for Captured Tracks/Royal Mountain, entitled Some Days.

Northern Transmissions: Your songs are new to a lot of folks. Can you tell us a bit about your musical background?

JayWood: Yeah! Music has just always been a part of my life, even when I think back to when I was a kid I was obsessed with listening to the radio. I didn’t pick up an instrument seriously until Junior High. I started playing drums in grade 7 and from there I picked up guitar in the 9th grade and it snowballed from there. I don’t really know what i’m playing ever because i’m mostly self taught, but I knew I just wanted to write songs so I spent a good amount of time exploring the whole range of the guitar!

NT: What music did JayWood grow up on?

JW: I remember listening to a lot of Soul, early R&B, Gospel, and Reggae/Soca music when I was a kid. My mom absolutely loved Al Greene, Marvin Gaye, Teddy Pendergrass and other artists in that whole soundscape. When I started exploring my own music tastes in the late 90s early 2000s I loved Usher, Daft Punk, Beck, haha Will Smith, Outkast and I also remember hearing and seeing music videos of Jamiroquai as well which would later become one of my favourite bands! I was really into watching music videos as a kid so whatever was playing on MUCH (which is the Canadian equivalent of MTV) I was pretty locked into that

NT: Can you give us the process behind Some Days? Did you go in the studio with everything down, or was there a lot of tinkering?

Well when I originally wrote Some Days I didn’t really have any recording equipment. All I really had was a Jam Man Express pedal which is a loop pedal but it has no room to store anything you record or do something and come back to it later. So I would sit in my living room looping different parts of the song and figuring it out for hours. It was a grueling process because if I messed anything up I would have to start completely from scratch, but after I got the whole structure of the song down I recorded it on a laptop I borrowed from my friend. So when it came to re-record the song for the 2021 EP, the songs were so ingrained into me from that previous process that it was just a matter of hitting record and powering through them. Most of the takes that make it to the EP were some of the first ones just because they felt so fresh in my mind, it was just a matter of getting them sounding fuller!

NT: How has your sound evolved from your Time LP to the tracks on Some Days?

I feel like my sound has matured a lot from Time. Going back to the older songs of Some Days was really refreshing because I was going into them with the mindset of being as minimal as possible and having each part serve the song rather than just play the coolest extra shit you can come up with. I was more aware of the space between notes and just different nerdy cadences in my own playing so when I was re-recording the songs it just felt like I was playing less but getting way more out of the songs. Haha that’s a bit of a nerdy answer but I think it says a lot ????

NT: Do you have a couple of new music discoveries you’re digging right now?

I’ve gotten really into the band SAULT which is this beautiful black excellence group. I find it really inspiring because their image is completely obscured and it’s so about the music and the message I think it’s so dope. In 2020 I made a huge point to really focus and listen to more black people in music so I went way back into this deep Hip-Hop/New Jack Swing rabbit hole (A Tribe Called Quest, Nas, and The Pharcyde ect) which was super inspiring and rejuvenating because I never really listened to a lot of rap music in my early years. Being the only black kid I was kind wary of being a stereotype which is such bullshit now thinking back to it. I’ve also been really into listening to more world music as well, I got really into Femi Kuti and other afrobeat artists as well as funk and jazz from other places around the world and just different times as well. It’s interesting how much inspiration you can pull when you leave your sonic comforts as well as your own decade hah

NT: How are you dealing with the Pandemic?

Truth be told, the pandemic hasn’t been that bad for me! I’m a pretty big introvert, so being away from people and doing my own thing was really recharging. We were on tour in the states early 2020 and as soon as that fell apart and we had to double back home I just made lists of what i’m gonna do with time. For the first bit while in lockdown I had a bunch of alarms set up on my phone to stick to a routine I made for myself, I started writing music for the first time in like 2-3 years, I caught up and organized with everything I fell behind in and that’s around the time I started talking to Jane Abernethy about all the new stuff I was working on which later became signing to Captured Tracks! So I’ve been really enjoying this downtime to just relax, recoup and reassess. I say that well knowing that hasn’t been the case for a lot of other folks so I feel a little guilty for that, but I’m just trying to make the most of this time. Sad to say, at the rate the world is going my generation probably won’t see retirement so this is probably the closest thing we’ll get ????

NT: what’s next for JayWood?

All that being said about the Corona situation I think my introverted battery has been charged tenfold and i’m feeling ready to see people and do activities again! Since touring and performance seem so far away right now, I’ve been having a lot of fun doing more video and visual projects. I have a big summer video project I’m excited to get started on as restrictions slowly change here in Winnipeg. I’m slowly chipping away at the next full album which is proving to be some of my best music to date in my opinion and just a lot of planning and organizing for the future I think. The idea of playing shows and touring is slowly becoming a prospect so that’s something that gets me really stoked. I’m hoping that maybe JW can go on tour with a more established group just so I can get that road experience as well as just learning the ropes about stuff like that. Sadly I haven’t had the chance to tour a whole bunch with project so that’s something i’m really excited about in the far safe and hopefully more healed future <3 Thanks again for having me Northern Transmission! I really appreciate your patience for getting these questions to you!