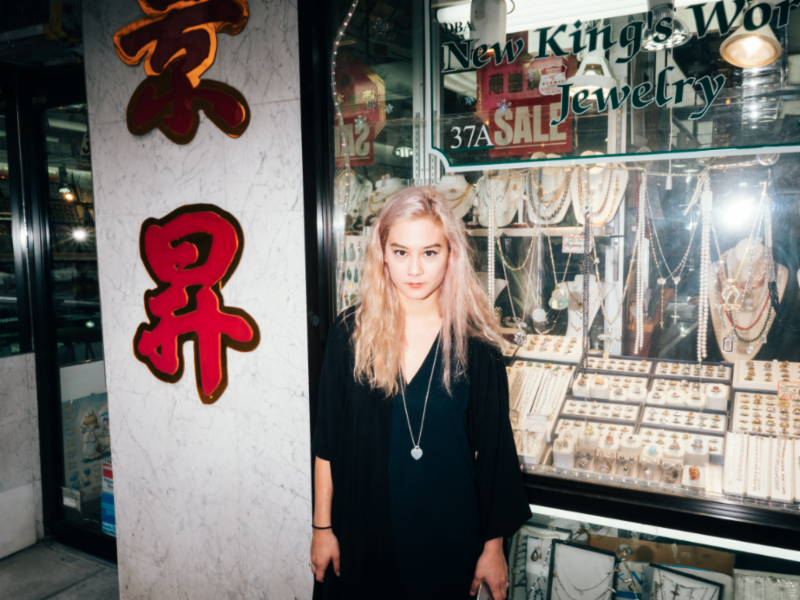 Today Japanese Breakfast have shared “Everybody Wants To Love You,” the latest single from their debut album, Psychopomp, out April 1st via Yellow K Records. Japanese Breakfast will be playing shows this year at SXSW IN Austin, TX.

A side project from her work as front woman of Philadelphia indie punk band Little Big League, Michelle Zauner released a tape in June 2013 under the solo moniker Japanese Breakfast. The tape was titled June and boasted thirty tracks written and recorded every day of the month. A stark deviation from Little Big League’s guitar-based indie rock, it showcased Zauner’s dark lyrics, unique vocals and inherent knack for pop melody.

Known until now for her work in the Philadelphia indie band Little Big League, Japanese Breakfast showcases Michelle Zauner’s knack for pop melody. Psychopomp comes out April 1st via Yellow K Records. You can also listen to their previous single “In Heaven,” via Soundcloud.

The band has announced they’ll be playing at SXSW (shows TBA) and 2 record release shows, one in Brooklyn, NY at Shea Stadium on 3/31 and one in Philadelphia, PA at Ortlieb’s on 4/1. Details below.