“How Do Ya Feel” By Boulevards

Jamil Rashad AKA: Boulevards, will release his new album Electric Cowboy: Born in Carolina Mud on February 11th, 2022 via the New West Records imprint Normaltown Records. The LP was co-produced by Blake Rhein of Durand Jones & the Indications and Colin Croom of Twin Peaks and was recorded in Chicago, Nashville, and Atlanta. In addition to appearances by Rhein and Croom, the album also features Adrian Quesada of the Grammy-nominated neo-soul act Black Pumas (who also lent additional production), Nikki Lane, Macie Stewart of OHMME and backing vocals courtesy of Ashley Wilcoxson and Leisa Hans (who work frequently with Dan Auerbach at Easy Eye Sound and are featured on recent albums by Tony Joe White and Yola). The full length album follows the Boulevards Brother! EP released in 2020. Boulevards has been announced to appear at the Savannah Stopover festival in Savannah, GA March 11-12 before appearing at the SXSW Music Festival in Austin, TX March 14-20th, 2022. Additional 2022 live performances will be announced soon.

Rashad says, “I was born in the North Carolina mud. That’s where I have my roots. I’ve lived in Los Angeles and New York, but I keep coming back here. This is home. This is where I’ve learned the most. North Carolina doesn’t get nearly the credit it deserves, but there are all these amazing people doing it a very particular way that is very inspiring. It’s always been at the center of so many different scenes—soul, country, jazz, hip-hop, indie rock. I wanted some of that dirt on this record. I’m leaving my footprint in that mud.” All of those styles and genres inform Electric Cowboy, but the dominant sound—the dominant mindset—is funk: gritty, warm, weird, psychedelic, charismatic. Rashad says, “On Electric Cowboy I wanted to make some modern funk, but still have some soul elements and some punk elements,” listing James Brown, Shuggie Otis, and Baby Huey as well Bad Brains, Gang of Four, Television, and The Cramps among his heroes.

“How do you feel?” is a common question asked in our daily lives. Usually, I find myself being short when someone asks ‘how are you doing’ or ‘how do you feel?’ I would reply ‘I’m fine,’ ‘I’m good,’ ‘chillin’,’ all the while knowing that things are not OK and I’m struggling to grasp onto life. I wanted to speak about the strife, hardships and internal conflicts that someone may go through when they are not ‘OK.’ See the Alec Basse directed video HERE.
​​
Boulevards
Electric Cowboy: Born In Carolina Mud
Track Listing
New West/Normaltown Records 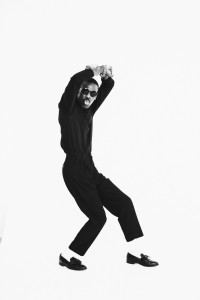 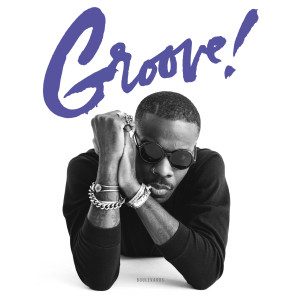 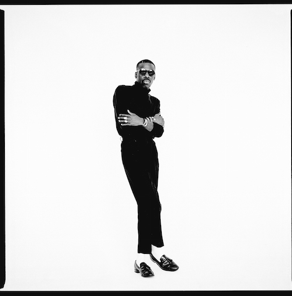