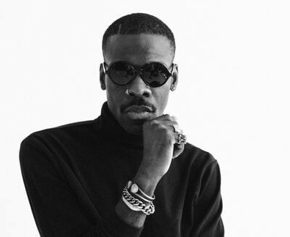 Last month Boulevards, a.k.a Raleigh-based musician Jamil Rashad, self-released his self-titled EP, lighting the internet ablaze with his smooth-as-silk, groovy funk jams; “Got to Go,” “Sanity,” and “Honesty.” Today, Captured Tracks is happy to announce Boulevards will be joining the family, with his full-length debut slated for Spring 2016.

New Yorkers will have a chance to check him out live next month, when he plays Mercury Lounge on the 18th and Baby’s All Right on the 19th.

Boulevards is Jamil Rashad, a modern funk songwriter and performer from Raleigh, NC. The son of a jazz radio DJ, Jamil grew up in a house where jazz, blues, R&B and funk was played constantly, encouraging him to get involved in music at an early age. Branching out into punk, hardcore and metal in his teenage years (a self-confessed “scene kid” in the NC area), those sounds would later go on to influence Rashad for their technical precision and tight, economic power.

After a couple stints in local bands and an art school education, the time had come for Jamil to return to his first love: funk—because Boulevards is first and foremost a funk act. In his own words: “party funk jams for the heart and soul to make you move.” Following in the footsteps of pioneers like Prince, Rick James and Earth, Wind & Fire, Boulevards synthesizes these precursors with the adventurousness of Talking Heads and Grace Jones, modernizing his sound with current production values and giving a nod to Pharrell and Breakbot alongside both modern and vintage hip hop.

Jamil has assembled a full band that will collaborate towards bringing his high energy live show to its full potential. Expect to see this already promising, expanded sound infiltrate a variety of venues this upcoming year, with a tour in the works in addition to a forthcoming 2016 release date for Boulevards’ debut LP.