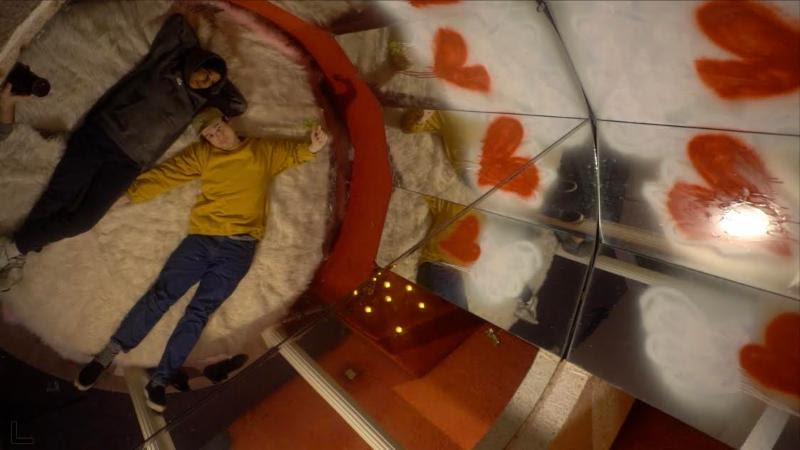 Homeshake has just shared the video for “Khmlwugh”, off his latest release Fresh Air, now out via Sindelyn.

The video was shot by Jim Larson in an abandoned swingers hotel in Pennsylvania. In the director’s own words:

“Homeshake’s music and especially KHMLWUGH is very romantic, but it’s romantic in an odd, slightly unsettling way. So the goal was to have a visual that got the same feeling across. What better way to accomplish that than to capture the songwriter exploring an abandoned swingers hotel in the Poconos with his partner and bandmates? It’s romantic but also a little fucked up. The Poconos were previously a popular lovers’ destination and now the most action you see on a weekend is at the ATV playground, so we did that too and the final result is a dream like ode to the patterns of love.”

Homeshake is musical project of Peter Sagar, born in the bleak isolation of the secluded prairie city of Edmonton, Canada, Sagar worked with friends in a number of local bands before picking up and moving to Montreal in 2011 to begin recording under the Homeshake moniker. Following numerous releases, Fresh Air continues Sagar’s exploration of dreamy, downtempo bedroom R&B and draws inspiration from such disparate artists like Sade, The Band, Broadcast, Prince, and Angelo Badalamenti. As the title Fresh Air
suggests, Sagar’s songs were created to clear his listeners’ minds of negativity.