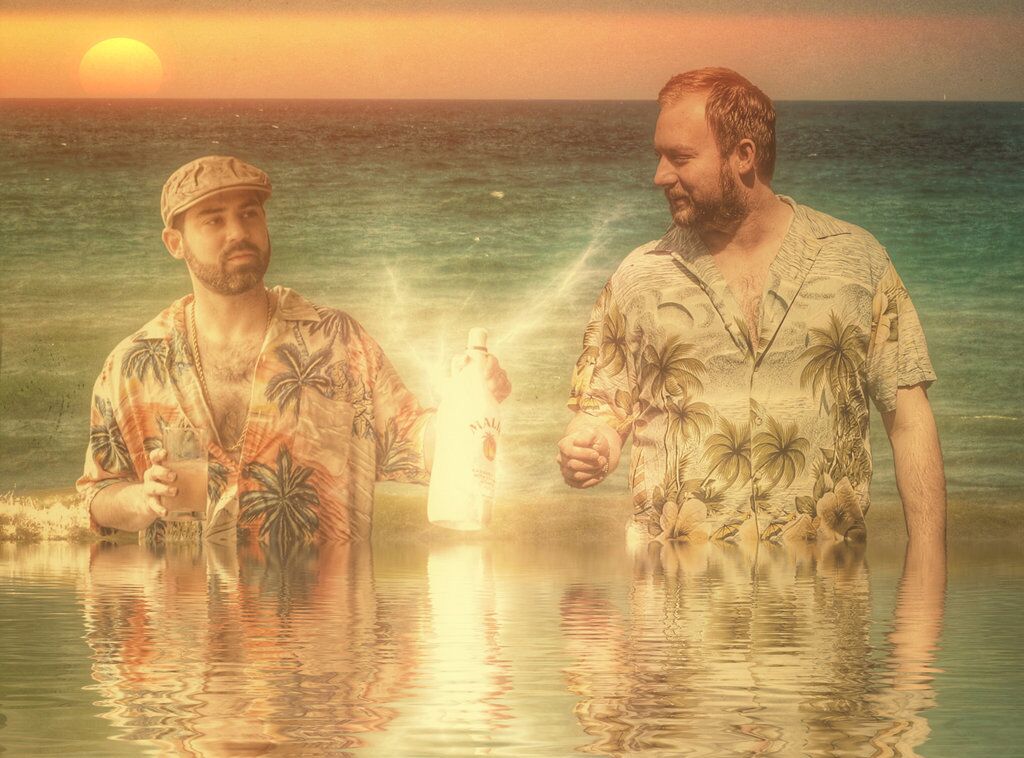 High Tides is the duo of Warren Kroll and Steven Lutes, and are based in the Pacific Northwest. The guys are known to take some of their influence from the finest green, the area has to offer, combined with doses of Beach Boys, Underworld, melancholic 80s pop, 90s IDM, classic dub like Scratch Perry, Scientist, and Keith Hudson. High Tide’s forthcoming release Paradise Daze, out March 8th via Rad Cult, the label of TOBACCO, head creature of Black Moth Super Rainbow. The guys have been kind enough to share their new video for “Summer Reflections.” The guys will be playing a run of North American tour dates, starting March 25th in Salt Lake City, Utah with Black Moth Super Rainbow.

Kroll and Lutes began working on this shortly after the completion of the last record, Paradise Daze took nearly four years to refine, which is ironic because unlike High Tides, it was largely recorded with both Midwest-raised artists in the same room. There was a conscious decision to avoid tape degradation without compromising their innately wonky and warped style.

Warren Krol on the video for “Summer Reflections”;

“Oddball memories at the beach; playing synths and drums on drift wood, tropical exercising and kaleidoscopic sun glitters, twisted together in a saturated fever dream. Or maybe that was just the over abundance of rum and psychedelics. Either way, feels like summer to us.”