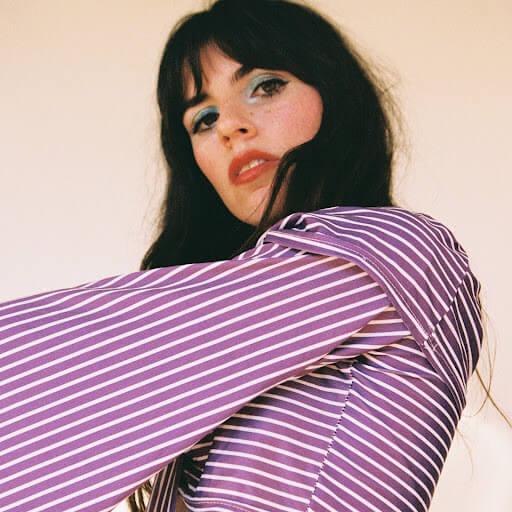 Hazel English has announced the release of her new EP, Summer Nights
Share on TwitterShare on PinterestShare on PocketShare on RedditShare on FacebookShare on Email

Hazel English has announced the release of her new EP, Summer Nights. The album will drop on June 17th, 2022, and was produced in collaboration with Jackson Phillips (Day Wave), she describes the songs as a series of interlinking narratives that make up one bigger story.English has also released the title track, which English describes as “a song about the intoxicating feeling of developing a crush on someone. I thought it would be interesting to explore the buildup of tension sonically because to me, the anticipation is the best part.”

After exploring collaborations both with songwriters and producers on her previous release Wake Up (produced by Ben H Allen and Justin Raisen), Hazel and Jackson –both by now transplanted to from Oakland to Los Angeles- reconnected once again during the pandemic’s localizing parameters and began collaborating, sending ideas back and forth to their neighbor amidst peak lockdown. “Jackson and I have such a great flow when it comes to working on music that it was easy to essentially pick up where we had left off. Our process together is very quick and fun, no second guessing,” recalls Hazel of their rekindled creativity. “I also think the pandemic and time at home got me thinking a lot about my past and remembering high school experiences and those kinds of feelings that were so vivid at that time. So I found myself writing lyrics that were inspired by some of those experiences and then I kind of created a whole new story out of it.”