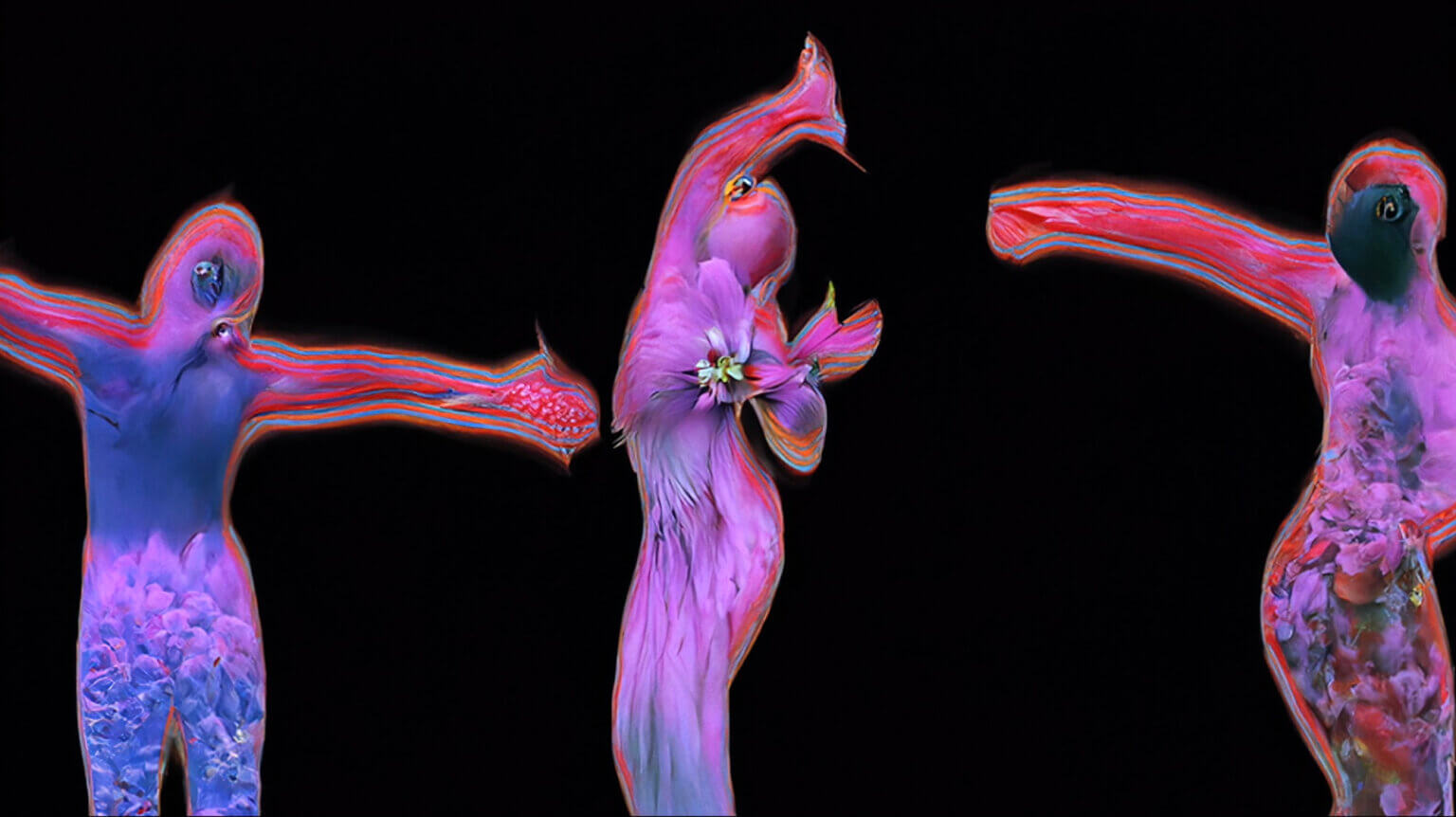 HAAi Shares New Video For "Baby, We’re Ascending"
Share on TwitterShare on PinterestShare on PocketShare on RedditShare on FacebookShare on Email

London based artist, producer & singer HAAi – aka Teneil Throssell – has shared the video for the album’s title track. The video features choreography by Akira Uchida which was then animated by artist Tom Furse.

“I’ve worked with Tom across my entire album, including the video for ‘Purple Jelly Disc’, the AI clouds on the digital album cover, and now for this,” HAAi tells FACT. “He’s also creating some bespoke visuals for my bigger shows this year which I’m really excited about. I met Akira virtually as he had choreographed a dance piece to an older track of mine called ‘Feels’, which blew me away. His interpretation of my music and translating it into movement was really emotional to watch. It was a no brainer for me to work with both Tom and Akira on the video.”

Reflecting on his approach to the choreography, Uchida details, “The first thing that impacted me upon listening to the track was this feeling of it being heavenly and ethereal. The peak in the song gave me a very specific feeling of falling upwards into the sky and beyond (not to be confused with flying) which inspired some of the visuals at the end of the video. There is also an immensity in the sound which I felt was important to capture as well as a powerful feminine energy I wanted to channel in movement.”

Speaking with Creative Review, Furse explained AI and machine learning’s role in the video’s creation. “You’re essentially collaborating with enormous amounts of artists, developers, researchers and image-makers in quite an unpredictable way by experimenting with combinations of text prompts and models. Surprises are frequent, and I welcome surprises from machines in my art.”

HAAi has collaborated with Jon Hopkins, Romy (the xx) & Fred Again…, was playlisted across UK radio, and played critically acclaimed, high-octane sets everywhere from Sonar Istanbul to Sydney Australia. Throughout it all, she has released some of the most thoughtful and innovative singles in recent memory to become a new vanguard of electronic music.