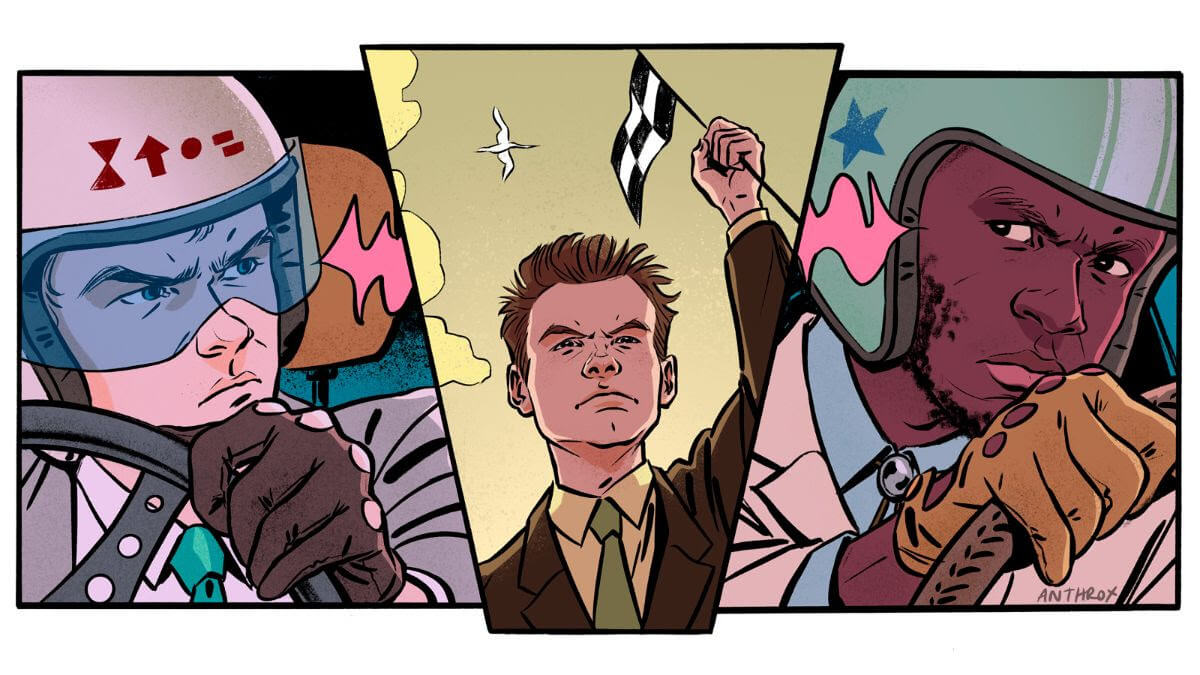 UK band, black midi will release their new full-length Cavalcade, on May 28th via Rough Trade, today they have shared lead single/video, “John L.” The album, is the follow-up to their 2019 release Schlagenheim. black midi, includes Geordie Greep (guitar, primary vocals), Cameron Picton (bass, vocals), and Morgan Simpson (drums). “The emphasis when we were making and sequencing Cavalcade was to make music that was as dramatic and as exciting as possible.” — black midi’s Geordie Greep

The groundwork for Cavalcade was laid in 2019 — musical sketches that had been brewing since the release of Schlagenheim began muscling their way into black midi set lists and finally became individual entities. But with this album, there was a “yearning” to be more considered and record something that was more harmonically interesting and challenging. “It’s easy to get wrapped up in the improvisation myth of divine intervention, that if a song doesn’t happen in the room naturally without it being guided by someone specifically, when we’re all just feeling the vibe, then it’s not proper and it’s not pure,” says Greep. “That’s kind of a dangerous thing because you end up never trying something different, or you just abandon an idea if it doesn’t work at first because you’re always waiting for that thing to arrive perfect.”

With this new approach in mind, half of Cavalcade was written by individual members at home and brought to the table in rehearsal. Simpson confirms it was to their advantage: “The experience this time round was completely the flipside to Schlagenheim. A lot of the material was really fresh but that was something that played into our hands and we relished it.”

After initially recording “John L” with producer Marta Salogni in London, the band found themselves in the aptly named Hellfire Studios in the Dublin mountains, in summer 2020 under the eye of John ‘Spud’ Murphy. Geordie comments: “It worked really well with John. We wanted a natural, open sound combined with fourth wall breaks – for lack of a better expression. Do you know on record when you can hear the tape screeching, the things that make you aware that you’re listening to a recording? [With a lot of records] it feels like either you’re listening to the ECM, high-fidelity, 25 mic amazing sound or you have the lo-fi album full of crazy effects. And I thought, ‘Why not have an album where you combine the two?’ That was one of the main ideas going into it and John was very keen on that idea.”

With original band member guitarist/vocalist Matt Kwasniewski-Kelvin taking time away from the group to focus on his mental health, black midi chose to augment their sound on Cavalcade, rather than replicate it, with saxophonist Kaidi Akinnibi and keyboard player Seth Evans.