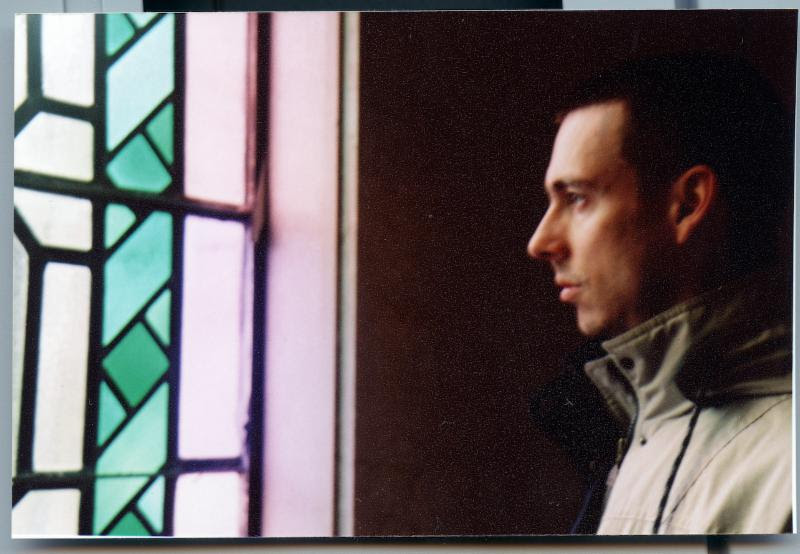 TWINS (AKA Matt Weiner) recently announced his debut album under the moniker, That Which Is Not Said. The album is out May 4th via 2MR, and today, TWINS has shared the lead-track from from the record, “Glass Breaks Glass”. Weiner says “Lyrically, ‘Glass Breaks Glass’ is, quite literally, about two people trying to forge a romance when neither of them are ready or recovered from their past, hearts still fragile as a thin sheet of glass, only serving to shatter one another as they collide head on in a desperate attempt to find release. Musically, I tried my best to capture all of the excitement and intensity of such a situation without focusing too much on the downtrodden/sorry-for-yourself bits (plenty of other songs about that….)”.

Written and recorded over the course of two years in TWINS home studio in Atlanta with various synths, samplers, drum machines, and his very own flesh-and-muscle vocals, That Which Is Not Said is the result of countless studio sessions and experiments that were refined and distilled into the songs that make up the LP. The material was all conceived more or less the same way: a mood or feeling would be channeled through whatever machines were plugged in at the time and eventually a foundation would be developed upon which a loose structure would be improvised. Experimenting and throwing around vocals came next, making up phrases and lyrics on the fly until something clicked and a pathway cleared through the fog and mist.

Having spent the better part of a decade reveling in a moody murk that intersects seductive synth-pop with Featureless Ghost and grotesque industrial-dance grooves in his own right as TWINS, Weiner has more than proved his sincerely sinister and auspiciously artful finesse of synth-based music. Operating from his studio, arrayed with various tools of the trade, Weiner tempers his subtle scourges of sound with an unending sense of bold exploration, processing tracks of pulse-heavy aural catharsis.

Twins
That Which Is Not Said
track listing: