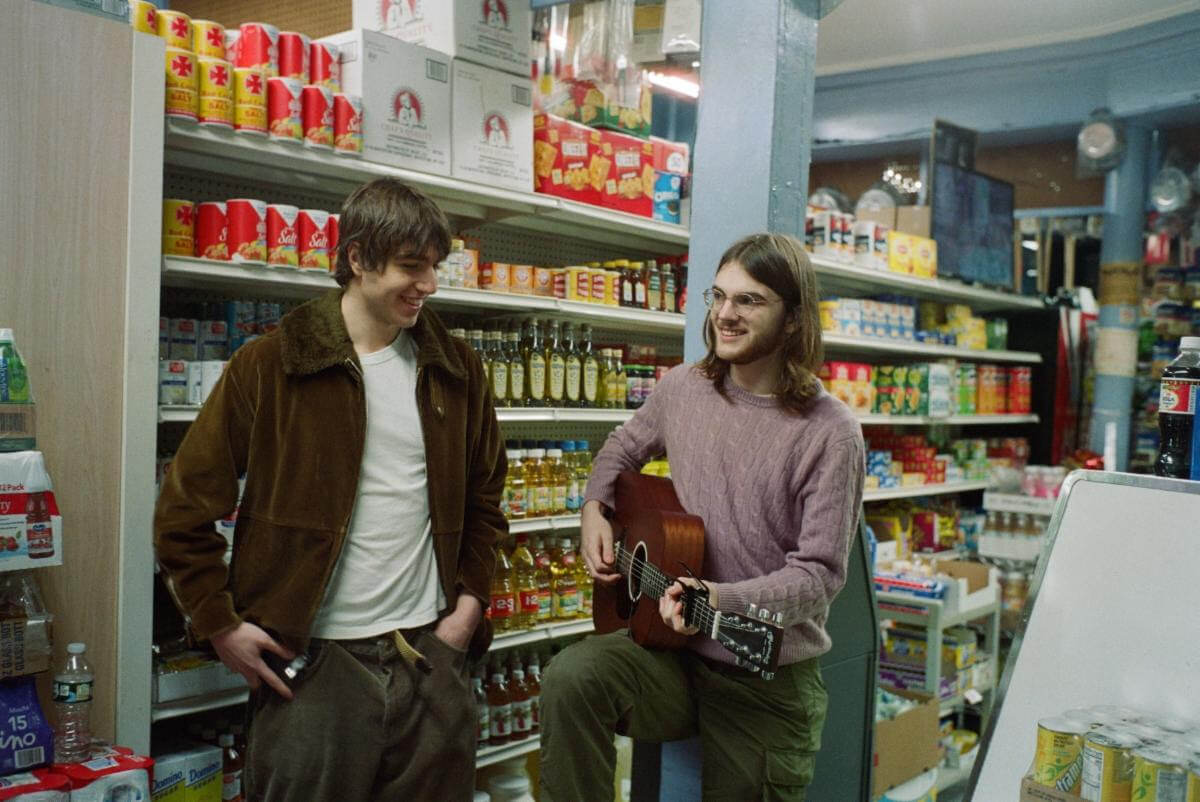 Sounds of Saving, in collaboration with the National Suicide Prevention Lifeline, has released a new episode of their “Song That Found Me At The Right Time” series. SoS sat down with Brooklyn-band Geese and discussed Nick Drake’s “Place To Be” and how that song was instrumental in their path to mental health.

SoS say, “Geese has had our attention since their singles dropped in the middle of last year. The a sides teased what would become one of the years best and surprisingly most mature and exciting indie rock albums of 2021, Projector. After getting to know the band it’s hard to believe that they were in high school when they recorded much of the album. This group is sharp, energetic and mentally self aware. From meditation and breath work to medication and therapy, the band leverages music but also taps into many other helpful tactics to keep mentally well. It’s reassuring to see this in such a young group of New Yorkers.”

Geese share, “The most important thing in mental health is really talking about it. It’s really hard, you know, cuz those conversations are, are almost never fun. Forming a unit and a little family, you know, especially when it feels like a lot of things are moving around and there’s a lot of changing scenery and a lot of new things and new people. It’s something that you kind of honestly need.”

About Sounds of Saving:

SoS have shared close to 20 videos for their “Song that Found Me At The Right Time” series including conversations with, Allison Russell, Sharon Van Etten and Bartees Strange

Sounds of Saving is a 501(c)3 Music x Mental Health non-profit that creates unique video content, experiences and events to provide awareness, education, resources and direct paths to treatment—especially for youth and marginalized communities. Research shows that storytelling about surviving emotional crises can decrease suicidality rates and that music is a powerful tool for destigmatizing mental health conversations and inspiring treatment-seeking.

SoS was founded by Nick Greto and Charlie Gross. The organization successfully launched a campaign that placed free vinyl LPs throughout NYC that included mental health information. They have since released over 15 acclaimed “Songs that Found Me” videos and interviews with artists from multiple genres and in partnership with The National Suicide Prevention Lifeline. In 2019 SoS hosted its inaugural “Feedback Session,” which involve musical performance and open moderated discussion between artists, audience and clinicians. They have since curated several of these – largely online during the pandemic – with various partners, including Republic Records and MusicCares.

All donations to SoS will support the nonprofit’s mission to bring storytelling, awareness, resources and pathways to care to music fans, especially youth and marginalized communities.

If you or someone you know is in emotional distress or suicidal crisis, please call the National Suicide Prevention Lifeline at 1-800-273-TALK (8255) to connect with a trained counselor. The service is free, 24/7, confidential, and available across the United States, in Canada call 833-456-4566