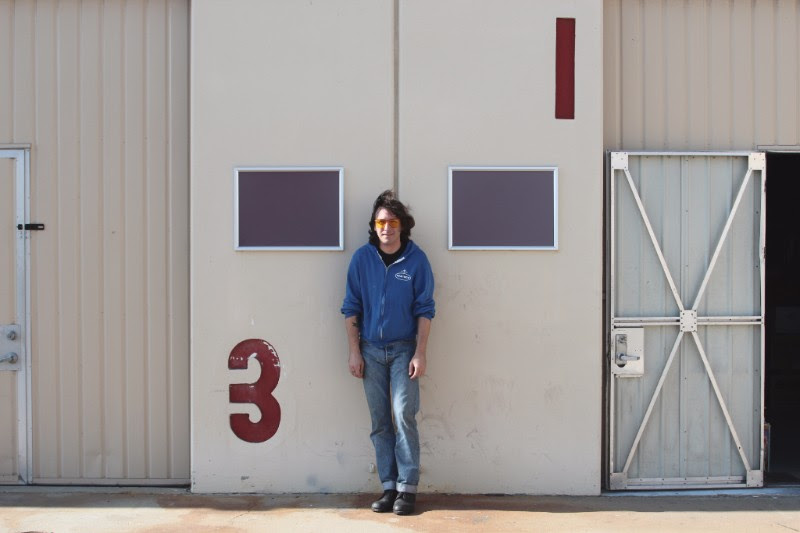 Gabe Fulvimar AKA: Gap Dream: Has announced This is Gap Dream (out 7/22 on Burger Records). Today, he’s shared the first single from the record, “College Music.”

This is Gap Dream is his most personal work to date, sparked by a serious existential crisis: Trapped in a vinyl warehouse in Fullerton, one he calls home; age 35, anticipating middle age while sampling Super Nintendo sounds into his MacBook, without a band, as Fulvimar plays every instrument himself.

Gap Dream began in 2010, in Ohio, then relocated to Burger Records’ Fullerton shop in 2012. Fast forward to 2016 and you’ll find an artist who straddles the line between a bubblegum Lou Reed, and Led Zeppelin at a skater rink. Except This is Gap Dream isn’t jive — it’s artistic martyrdom, a stylistic shift from the critically-acclaimed Shine Your Light (2013) — where Fulvimar’s palette included German electro, synth beats on his MacBook, and ‘60s bubblegum. There’s still that, along with the brilliant simplicity and acid-licking fun. But on 12 tracks that piece together such diverse influences as 50’s rock and roll, G-funk and deathrock, Gap Dream (a gifted melodist), delivers a symphony that’s as cheeky as the lead single, “College Music,” a catchy loner anthem, to an electric symphony on tech-neurosis titled “Modern Rhythms,” and “Rock and Roll,” which sounds like something written for a Danish crime thriller, that’s at once chill and driving — a meditation on going mad, sort of.

Track Listing for This is Gap Dream: