On March 23rd Frank Black And The Catholics release the complete recordings box set on Cooking Vinyl. The 7 CD box features all of the band’s 6 studio albums plus a bonus cd entitled True Blue which is made up of recordings from the Black Letter Days album sessions.

All six formally released albums (self-titled [1998], Pistolero [1999], Dog in the Sand [2001], Black Letter Days [2002], Devil’s Workshop [2002] & Show Me Your Tears [2003]) have been re-mastered from the original live 2-track and 1-track recordings. The release contains well over a hundred songs. True Blue is a disc of “technical demos” that Ben Mumphrey (who engineered all of the mobile recordings) found in his New Orleans recording archive.

The box set will have the songs in alphabetical order as Black Francis AKA Frank Black explains the alphabetisation ‘It feels like an approximation of randomness and its a way to randomise something, especially if its titles.” He goes onto say by placing the songs this way ‘we get away from the preciousness of LPs we put out and its more about the body of work, the good times that we had’.

“These songs were recorded with the intention of being demos, to be sent to the Catholics band to learn before they traveled to Los Angeles to record the album Black Letter Days. Another reason was to test Frank Black’s personal “New” recording” equipment. This included a “full track” (1 track ) mono analog tape recorder, and a mishmash of old vintage tube gear. We recorded in the temporarily empty “B” room in Sound City Studios in Los Angeles, where many of Mr.Black’s local musician friends came by to help out. In return, exquisite evening buffets were provided for all, which Frank Black himself bought to the studio nightly and spread out. Everyone played, ate, talked, and was merry. These songs were the result, recorded live to 1 track.” Ben Mumphrey, 2104. 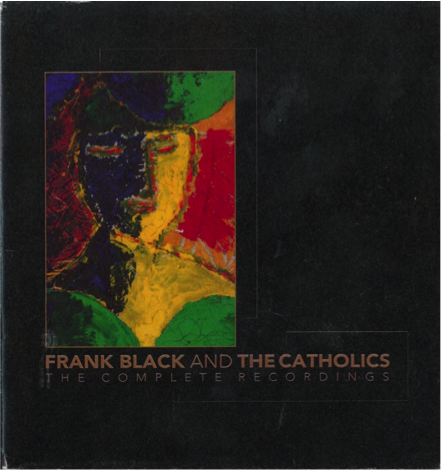