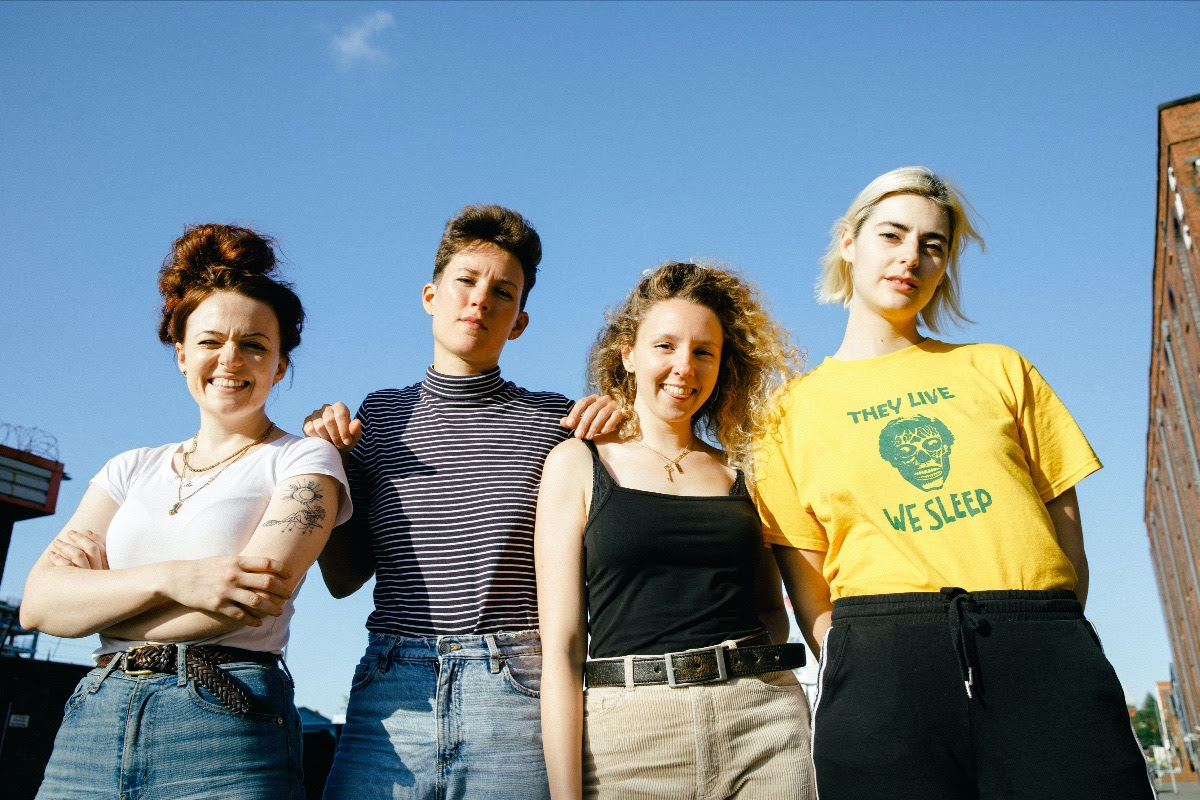 Uk quartet Dream Nails will be releasing their self-titled debut album on August 28, ahead of the album’s release, the band have shared its latest single “Jillian”, a song about queerness, body positivity and problematic TV fitness celebrity Jillian Michaels. Dream Nails have also announced their signing to Dine Alone Records, who will be releasing ‘Dream Nails’ in North America alongside UK indie Alcopop! (Art Brut, BO NINGEN, Kississippi, Tigercub).

“This is a song about realizing you’re queer while you’re doing a workout DVD,” explains singer Janey Starling of ‘Jillian’. “It’s a personal-power anthem about finding the strength to come out; that’s what the line ‘I feel the fear leaving my body’ is all about.

“Both [bassist] Mimi and I discovered strength training through Jillian Michaels’ ‘30 Day Shred’ home DVD, and the catch-phrases were too good to not make a song from! Since then, she’s said some uncool and unkind stuff to Lizzo, which we were really gutted to hear. This song is very much about finding your own strength, regardless of your body shape.”

Dream Nails have toured in the UK & Europe with Cherry Glazerr and in Europe with Anti-Flag, and make three consecutive appearances at Glastonbury all before releasing their first LP.