Words to the Blind

Savages are a rock band that understands music as being an art form that goes beyond the structure of the verse/chorus rock song. This is apparent on their debut Silence Yourself, even if the tracks on there mostly adhere to normal structures, with its classic yet unconventional album art and the poetic nature of all their public addresses (the use of caps lock as a for instance). Likewise, acid punk group Bo Ningen are a band forged in the concept of rock-as-art and have made similarly thorny punk rock records since 2010, combining thumping riffs with guitar squalls and urgent vocals.

As longtime admirers of each others’ work, the two groups have recently combined forces on a unique live performance project – a dual stage show-turned live record, Words to the Blind. The performance, which took place at London’s Red Gallery last May, featured both bands on two stages facing both each other and the audience. The crowd were placed in the center providing a 360 visual experience with the two groups effectively dueling each other musically.

It’s an intriguing listen given its quick gestation (the bands say they put it together after two rehearsals). Recreating the live performance’s polar panels, Savages are kept on the far left of the stereo channel, with Bo Ningen on the far right. The performance starts with spoken word from both groups’ vocalists, speaking in their native tongues – Savages’ Jehnny Beth in French, Bo Ningen’s Taigen Kawabe in Japanese. After about five minutes, creeping drones and washes of cymbals ease their way in before erupting in a mid-tempo noise jam with some funky bass courtesy of Kawabe.

The most gripping part for most listeners will be the back and forth section about 20 minutes in, where one band will thrash about for a few measures then go tacit while the opposite band takes over. This is an engaging enough experience for home listening but was likely a much more fulfilling occurrence when the crowd would be jerking themselves about at the concert, gazing back and forth from band to band (this section has been appropriately referred to by the two groups as “the battle”). Each band sounds like a mess of howling ghosts wrecking force over marching drumwork, becoming more and more violent and dissonant as it progresses.

Eventually the performance gives way to a dreamy middle ground in its third quarter before evaporating and then coming back with a vengeful drone metal outro, possibly the only predictable cliché Words to the Blind is guilty of. It’s otherwise an impressive rolling work that doesn’t lose the listener with pretentious noodling or overlong running time (the piece is 38 minutes in length). The home release could greatly have benefited from a DVD of the performance, but the channel separation allows for a pretty stimulating presentation of sound art. 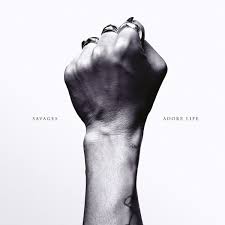 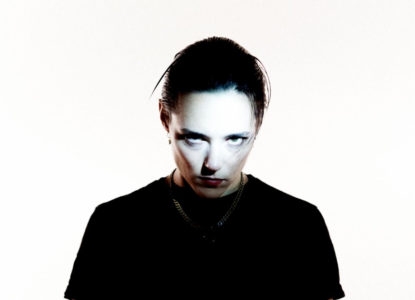