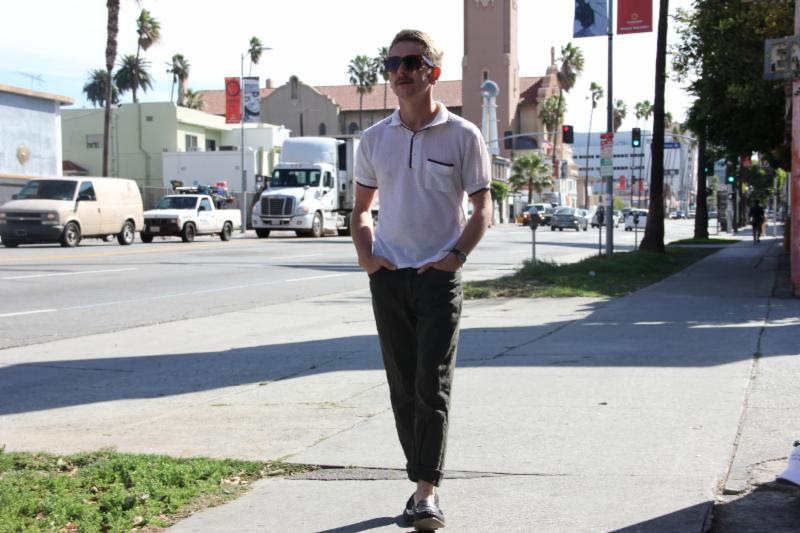 Decorations have announced the release of their debut album, Have Fun released on June 10th via Frenchkiss Records. The LA band has shared the lead-track “Promise” – a song that bounces between guitar hum, energetic beat, and the unshakable chant, “So you really fucked up.”there’s a promise that’s made when you reach peak anger in an argument with the person you love; to step back, recollect, and be a better person. But do these moments make you a better person? Do they have an equalizing effect? Or is this a promise to hide your true self? It’s a different question in every relationship that stems from the same notion “did i mess up or was i trying to mess this up?” We can all be such hypocrites in the name of love, but love doesn’t rely on logical continuity anyway so screw it” Have Fun is the follow up to last Fall’s Girls EP (Frenchkiss Records).

Decorations vocalist and jack-of-all-trades Devon Geyer graduated from Berklee College of Music. Post-graduation, he found himself living alone and brokenhearted in Silverlake sans car, girl, and gig. He decided to translate that frustration into sun-kissed, slick, and sharp anthems that everybody could dance their troubles away too like “New wave without all the sadness.” He emerged with a millennial mash of Elvis Costello’s romanticism, The Who’s youth in revolt, and just a pinch of indie adventurousness.

“I saw all of my friends going through the same things at different times,” he says. “So, I wanted to strip away the personal nature of the inspiration. I didn’t want to write specifically about my ex-girlfriend; I wanted to write about everybody’s ex.”

The songs captured a spirit that spoke not only to his peers, but to Frenchkiss Records. Inking a deal with the label, he’d release his Girls EP in late 2015 driven by the first single of the same name-which earned early praise from Stereogum and spotlighted his wild howl. Simultaneously, Devon put the finishing touches Have Fun, which he personally wrote, produced, and played almost every instrumenton with engineering courtesy of Mike Malchicoff and Burleigh Drummond on the drums.