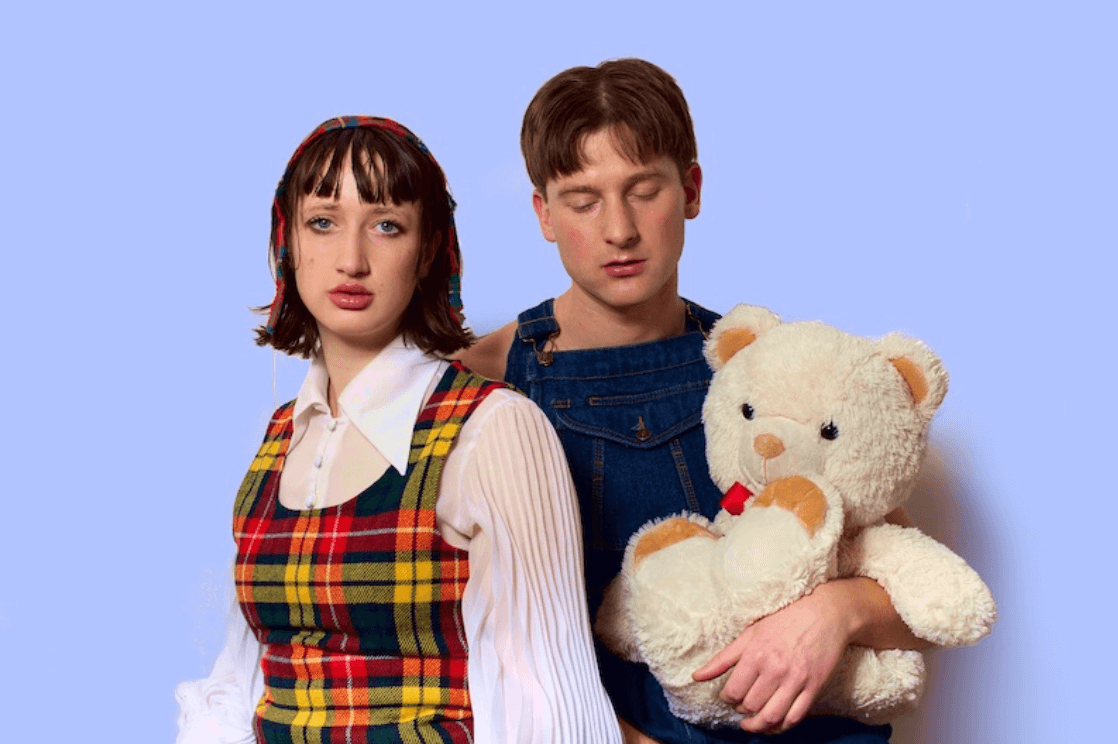 Das Beat, made up of German actress & vocalist Eddie Rabenberger and Agor of Blue Hawaii. The pair have just shared their first single “Bubble,” the duo are set to release their debut EP Identität on June 4th via Arbutus Records.

The duo is half-Canadian and half-German. Agor (of Blue Hawaii), moved to Berlin from Montreal in 2018. Eddie is a theatre actress originally hailing from a small town in Bavaria. Together they find a strange but alluring symbiosis – like Giorgio Moroder meets Nico, or Gina X Performance meets The Prodigy. Their debut EP is due June 4th via Arbutus Records.