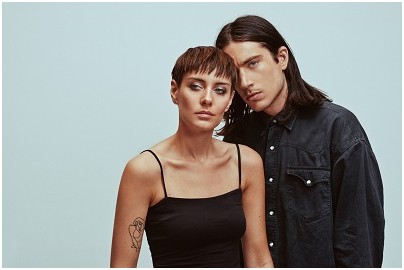 Danish electronic duo Rangleklods are streaming their new single “Schoolgirls”, from their forthcoming album Straitjacket, out May 18th via Tambourhinoceros.

Consisting of Esben Nørskov Andersen and Pernille Smith-Sivertsen, the pair’s sound has been compared to Caribou and Depeche Mode, while they cite among their influences David Bowie and Burial’s evocative industrial soundscapes.

Straitjacket builds on a sound which embraces both complexity in production and a sense of immediacy in their approach to songwriting. Rangleklods were involved in all aspects of the release, with Pernille even having a hand in the creation of the iconic artwork, shot by acclaimed photographer Robin Skjoldborg.

The forthcoming second single from the new album is “Schoolgirls”, an atmospheric track replete with 80s vintage synth pads and cavernous percussion, all carried by Esben’s rich baritone vocals.

The duo have been one of the busiest touring Danish bands on the international over the last couple of years, with performances at European festivals such as Roskilde, Sziget and Ja Ja Ja, along with making their SXSW debut this year.

UK fans can check out the pair’s live show at The Lexington in Islington on May 26th – part of a Europe-wide tour in support of Straitjacket. Having only visited this side of the Channel once before, the band is ready to play new material in a live setting. 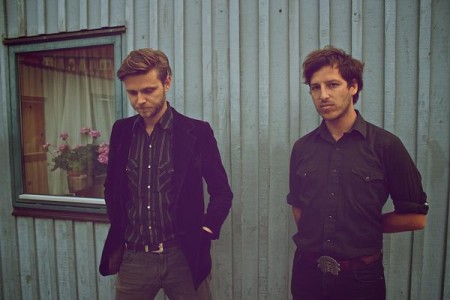