Today, Brightness, has shares a new song/video for “Dallas.” Recorded in upstate New York with producer Sam Griffin Owens (Cass McCombs, Chris Cohen, Sa“Cherry Tree” Sam Evianm Evian). ” The track is about about being spiritually hungry…the volatility and fragility of being in that state.” “Dallas,” will also be featured on Brightness’ forthcoming release for I Oh You.

Alex Knight : AKA: Brightness, “I wrote ‘Dallas’ when I was living alone in my brothers garage. It’s probably hard to tell, but I was listening to a lot of Springsteen at the time. I was inspired especially by his ‘Darkness On The Edge Of Town’ record…the themes etc. I’d pretty much razed my life to the ground, and was intent on looking upwards…looking outwards.”

Regarding the recording process, Knight aﬃrms “the location and pairing (with Owens) couldn’t have been more fitting.” The song was recorded in Spillway Sound, a freshly opened studio nestled in the Catskills, a spread of nature known to stir wonder in those who’ve beheld it, from the addled attendees of Woodstock Festival, to 19th century transcendentalist, Ralph Waldo Emerson.

The accompanying visual for “Dallas” is similarly gripping. Directed by Charlotte Evans, the video finds Knight in a state of insomnia-induced disarray, the singer slowly spiraling out in his unkempt bedroom as he becomes increasingly mesmerized by a preacher on TV. The song is the first taste of new music from a forthcoming album following his critically-acclaimed 2017 debut, Teething, and marks a darker shift in sound characterized by deeper contour, contrast and confidence. 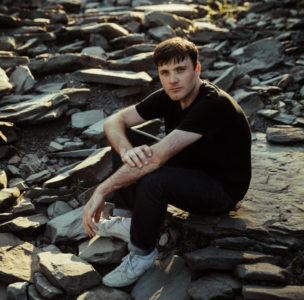 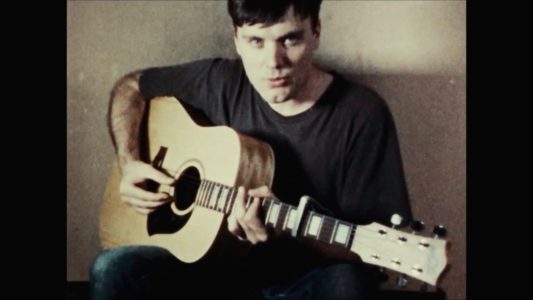