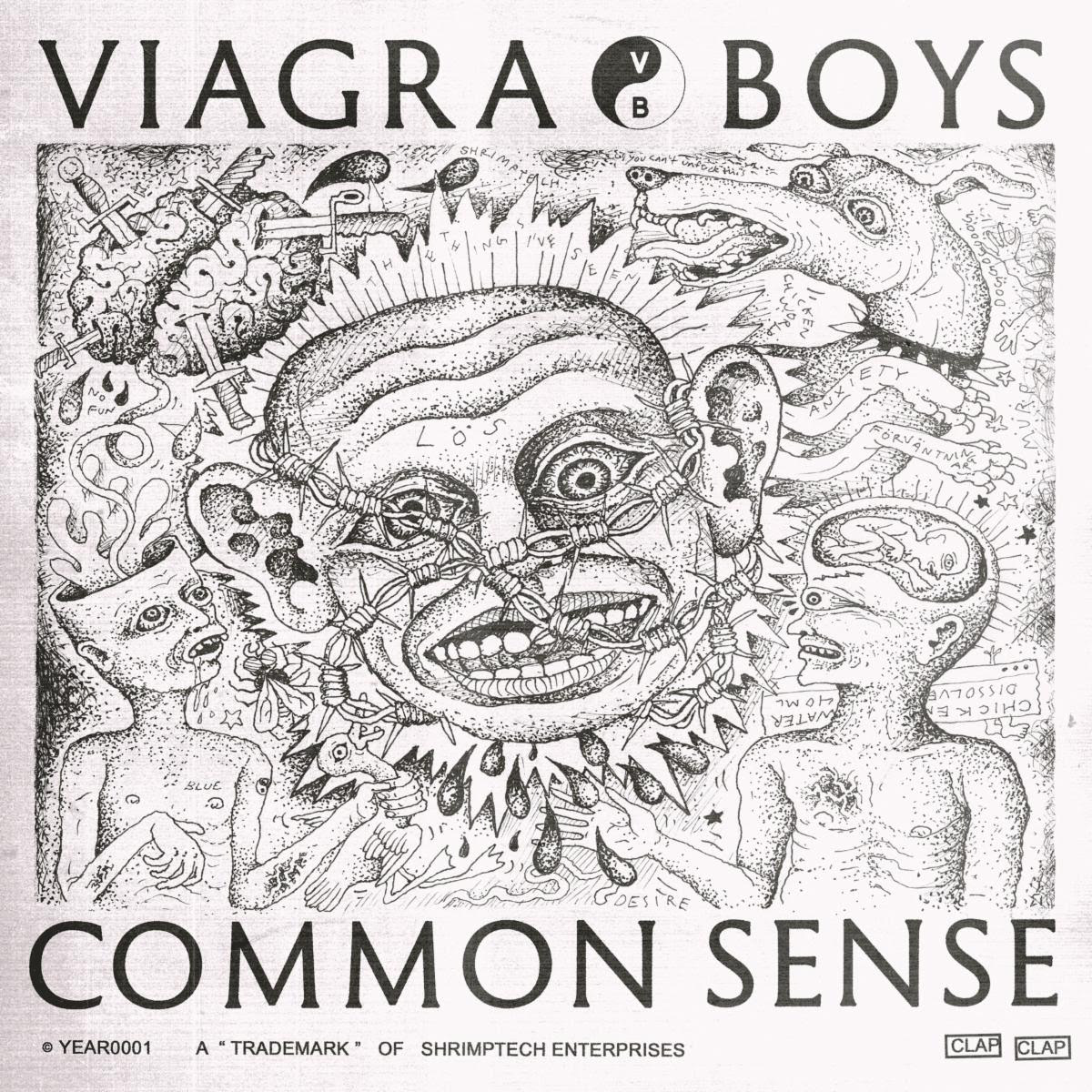 After making an unforgettable impression with their name alone, never mind their absurdist debut LP Street Worms, in 2018, Swedish punks V**gra Boys AKA: Viagra Boys are back with the Common Sense EP, surprise-released last Friday. Even at a bite-sized four tracks in length, it’s a marked evolution for a band best known for their black humour and irony.

The opening title-track floats along a cosmic bed of keys and guitars, like one of Spacemen 3 or Velvet Underground’s waking dreams. For a change, Viagra Boys use saxophone not to propel the song forward but to build ambience. The song fades out with those same elements, a finale that’s also novel for the band. Viagra Boys’ frontman Sebastian Murphy regularly sings about substance use and addiction in lurid detail, but on Common Sense, his words carry a sobering weight. On the title-track, he details the ill-effects of substance use while interrogating someone about their habits. But he interrogates himself with just as much scrutiny, describing his memory issues and pissing his bed. “Why don’t you have a little common sense?” he asks before flipping the question on himself: “Why don’t I have a little common sense?”

The next track, “Lick the Bag,” spins the EP 180°, musically and lyrically. The song kicks off the same way most of Street Worms does, with an adrenaline rush pushed along by sax, a cruise controlled drum beat, and a mix of sung and frantically spoken vocals. It’s a busy track where temptation tries to take hold and push the user to keep the party going. “There’s some more fun to be had / If you lick the bag /Turn the bag inside out / And rub it in your mouth / Suck on it for a while / To get the rest of it out,” Murphy sings.

If Murphy is a tempter or pusher on “Lick the Bag,” he’s an outright enabler and dealer on “Sentinel Island.” “I’m going to the alley of the sentinels / I’ll bring you lots of heroin and fentanyl,” he sings over a slippery groove, slinky sax, and loose, clunky guitar chords. But the score goes wrong – he gets shot and regrets no longer being able to be there for his loved ones.

Closing track “Blue” is the most Viagra Boys have ever taken their time. Murphy interrupts its murky plod with a crooner impersonation that lacks any finesse; he sings with a distorted voice that sounds like it’s being broadcasted over the radio. He is repentant on “Blue,” stepping out of any pusher or enabler character to apologize: “Baby, don’t know why I do what I do / I never meant to make you blue / … / Baby, didn’t realize / I did you wrong too many times.” He admits he was an asshole, insists he’s “not that guy” anymore, and laments it being too late to make things work. To his credit, he sounds far more convincing than on Street Worms track “Down in the Basement,” when he only makes the same claim after his wife busts him engaging in BDSM encounters behind her back.

Common Sense is an extension of the Viagra Boys fans have quickly come to love. But it simultaneously proves the band can peel back their humour without losing any of their appeal. Most importantly, it proves they’re poised to be more than a one-record wonder. 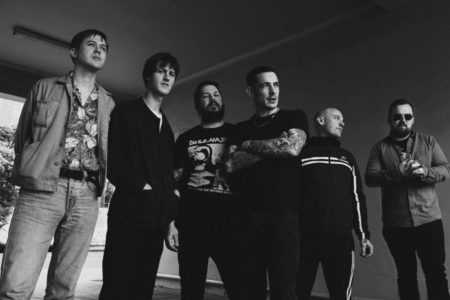