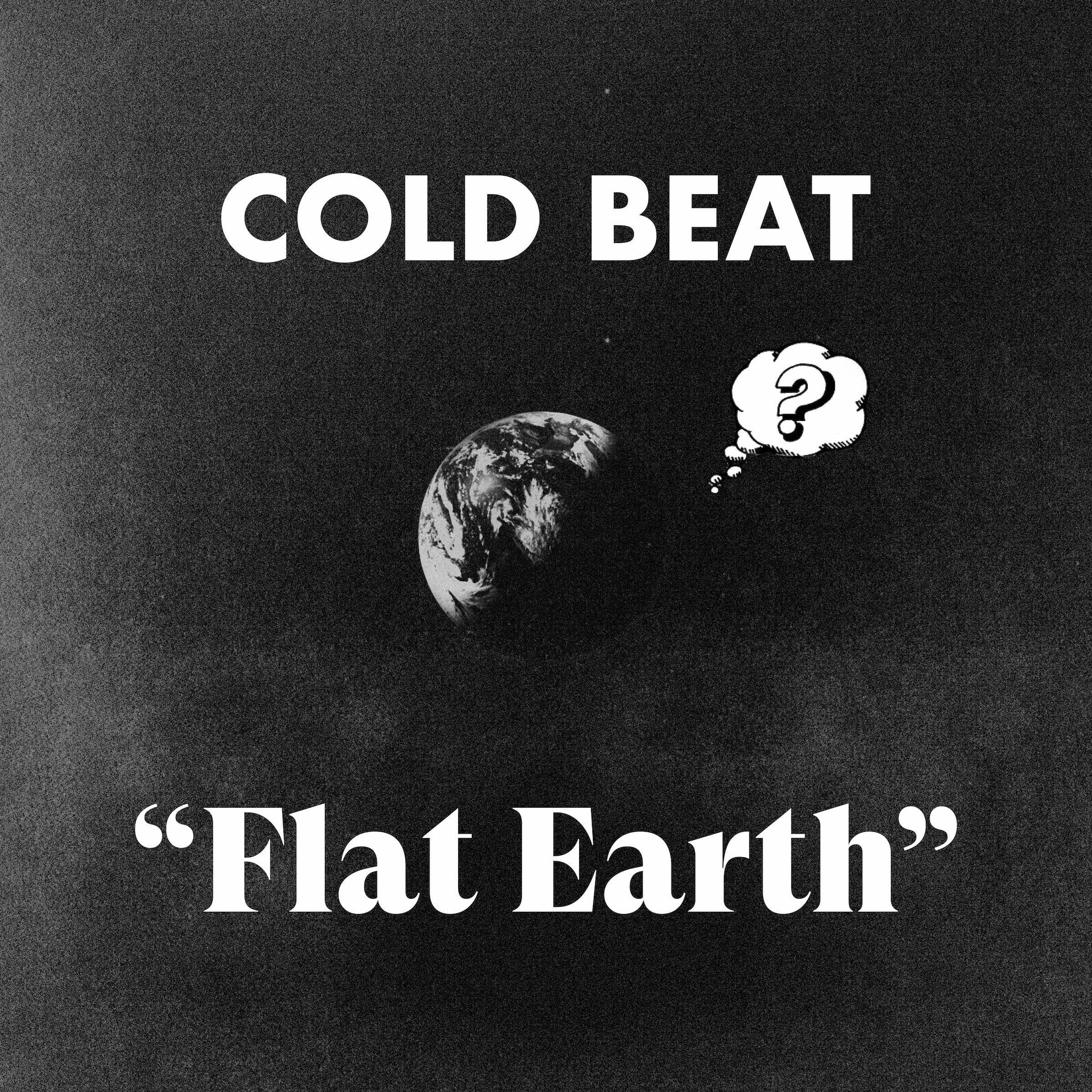 Cold Beat is comprised of Hannah Lew (formerly of indie trio Grass Widow), Kyle King, Sean Monaghan, and Luciano Talpini Aita. The quartet, recently dropped their their new single “Flat Earth,” the track is now available via DFA. “Flat Earth” is inspired by the wildfires that ravaged California last summer, and the climate change denial that followed. ‘Flat Earth’ is accompanied by a cosmic clip directed by Cold Beat’s own Luciano Talpini Aita. The band will release a new full-length album on DFA in 2020.

“‘Flat Earth’ was written during one of the California wildfires, while I was pent up in my house hiding out from the smoky air, which had reached dangerously toxic levels,” Cold Beat’s Hannah Lew explains. “Outside was a post-apocalyptic-looking orange light and the air was filled with particulate. They were advising people to stay inside, so I spent two weeks indoors, pregnant, huffing on my air purifier.

“During this surreal time there was a lot in the news about climate change denial, which was perplexing and infuriating. When we made the video, we wanted to portray an alien landing on a planet they maybe couldn’t breathe on. The uninhabitable planet in the video is a metaphor for feeling like a stranger in this world at times, especially when some of your fellow terrestrial inhabitants have such a vastly different perspective.”

Inspired by the moon landing, the video for “Flat Earth” is the discovery of a new planet through the eyes of an outer space visitor. In this isolated journey over time and space, the city slowly wakes up with each footprint suspended in this planet’s gravity illusion. We witness a fading cosmic trace as this entity transcends from structures into nature to come in contact with pure life and experience human touch. She becomes one with the environment with the purpose of protecting the life encountered.”