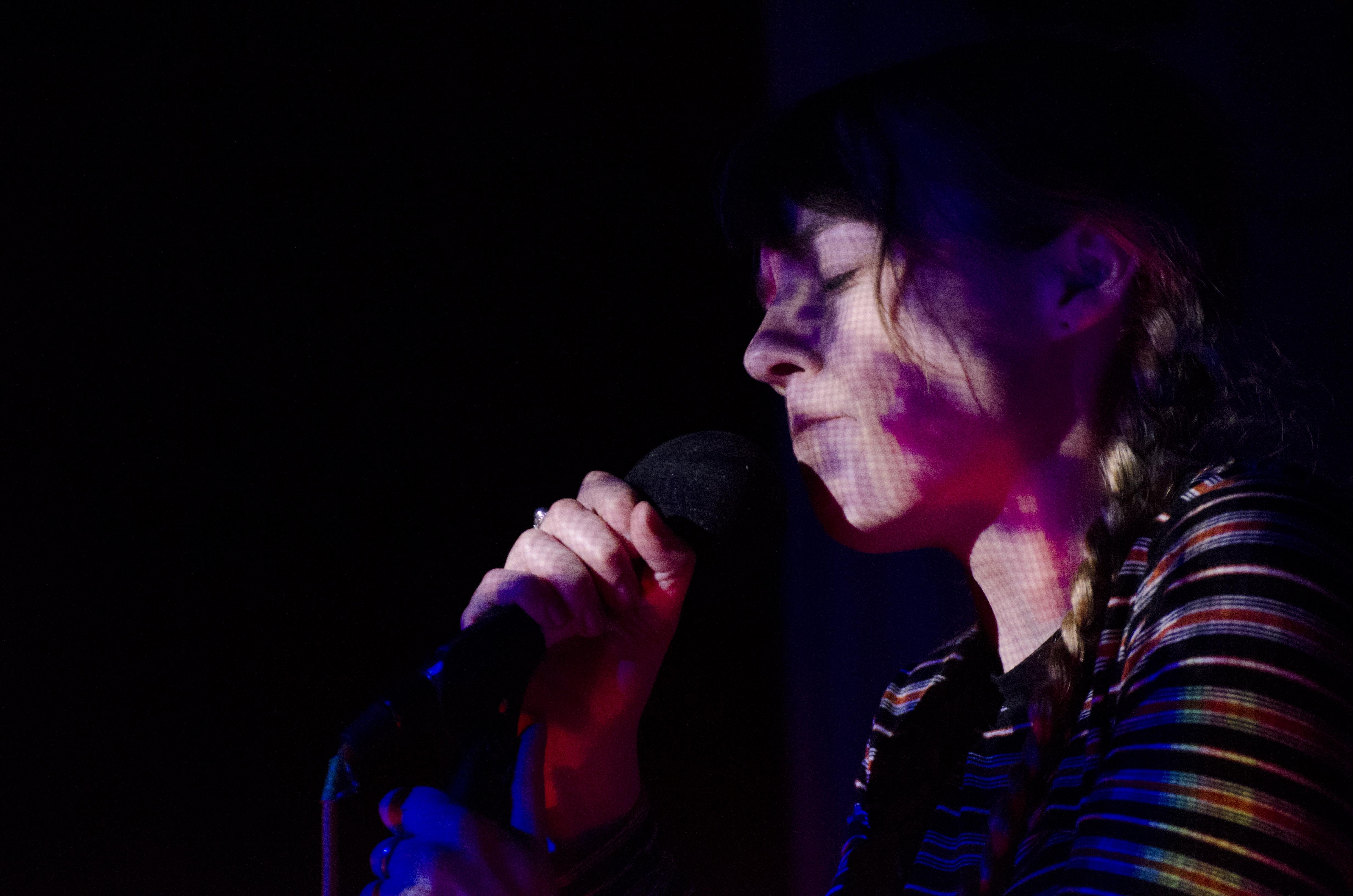 Taverne Tour offered Montrealers packed nights of music, and Thursday January 31’s show at Sala Rossa was a packed lineup in itself. With local power from Lonely Parade and the double headlining might of Frigs and Guerilla Toss, this was one night that was going to leave fans absolutely exhausted from all the dancing. With the additional projections (courtesy of Guerilla Toss) heightening the overall production value of the night, this was a unique show for Sala Rossa. As soon as Frigs hit the stage, the mood of the room changed to something dark but equally high-energy. With Bria Selmana roaming the stage, the set felt like it could go anywhere, just as her arms seemed to. Among many tracks like “Solid State” you could feel the raw ferocity the band brings to every set, as they inspire you to lash out in a sheer release of energy. Selmana grabbed eager fans’ heads in the front row and wandered to other ends to get right into other’s faces and point at them excitedly. Truth be told, she even crouched down and shrieked lyrics in my face as I was losing myself in the music. By the time Selmana hit the floor and was dancing (and often shoving fans) around the venue, Frigs had reminded us why their sets are so fun. Though their dance energy was distinctly more funky, people quickly adjusted to the groove-laden moves Guerilla Toss was bringing. As they tied songs into each other seamlessly, it was easy to start shaking around and not even realize 15 minutes had gone by. It was only when tracks like “Jesus Rabbit” or “Betty Dreams of Green Men” came on that you might have taken account of how far the set was along. Kassie Carlson was at peak screeching, as she was able to whip through the band’s lightning-fast lines and then hit every high note with the weight of a punch. After everything was said and done, Guerilla Toss helped the venue warm up so much that it was easy to forget how cold it was outside.

Words and Photos by Owen Maxwell