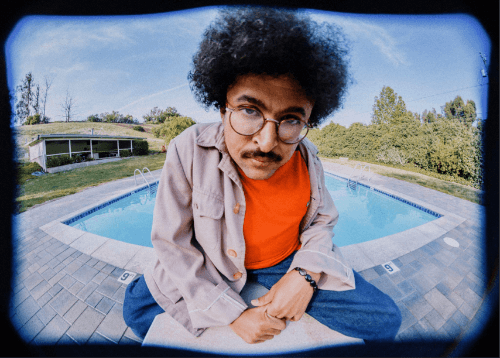 The video for the track, directed by Belgian artist David Numwami, is also available today. Says Cola Boyy about the song, “This is one of my favorite jams on the record. I wanted a mix of the Beach Boys, French disco, house keys and a hint of the Cheers soundtrack for good measure! It’s a message to everyone: don’t get lost in the petty capitalist dream that has us abandon the people & places that shaped us. I wouldn’t be who I am today without the masses of Oxnard, and no flashing lights can outweigh that.

Says Robbie Chater of The Avalanches about the track, “What a tune! One of the coolest and most inspiring tracks we have ever worked on with such a heartfelt message”

Cola Boyy AKA: Matthew Urango creates soulful, funktastic, disco inspired tracks. Prosthetic Boombox, “might at first glance seem a joyous confetti-burst of pop eclecticism, engineered to sound like scanning between stations on a car radio, landing on all these different sounds and styles” as Urango puts it.

Written across six years in the U.S. and Paris between live dates at Coachella, Pitchfork Paris and on tour with Mac DeMarco and MGMT, Prosthetic Boombox has an eclectic sound that reflects an eclectic upbringing. Urango has white, black, Hispanic and Native American heritage, and grew up in a majority-Mexican neighborhood; his grandmother was a lounge singer, and his father a keen music fan. In eighth grade, he started learning guitar right as punk rock, a genre with a proud history in his hometown of Oxnard, CA, began to enter his radar. He found himself in many punk bands before his lifelong love of pop music resurfaced, resulting in the 2018 breakout EP, Black Boogie Neon.

Urango, who was born with spina bifida and scoliosis, has seen the need for this up close and personally in Oxnard — a town in which almost 30,000 are estimated to live in poverty, surrounded by strawberry fields where pesticide-exposed workers toil, exploited and underpaid. “The working class are injured, struggling to pay rent and struggling to put food on the table,” Urango says. “I want my music to reflect that world.”

The album also touches on the experiences and challenges Urango had to overcome as a disabled person of color, as seen on the recently released song “Kid Born in Space,” a cosmic collaboration with MGMT frontman Andrew VanWyngarden “I see them looking down on my dreams of being,” he sings tenderly. “I hear them making fun of my voice, but I keep on moving forward, I refuse to live in anyone else’s shadow.” Prosthetic Boombox, on this subject, is more than an album title – it’s a statement of intent and optimism. “I wanted to take my disability and put it on blast, in a way” he explains. “I have a prosthetic leg ya know, and at the time I came up with the title, it was about not being embarrassed or shy about it anymore. That allowed me to look at the bigger picture instead of just what I was going through as an individual.” 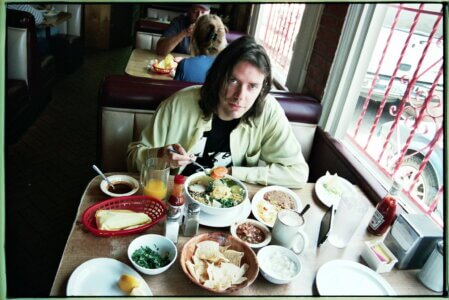 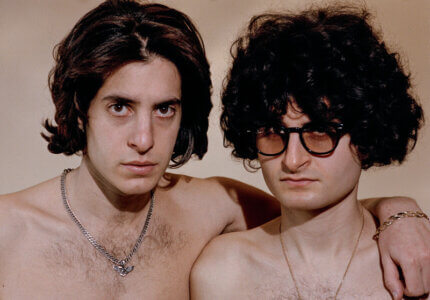