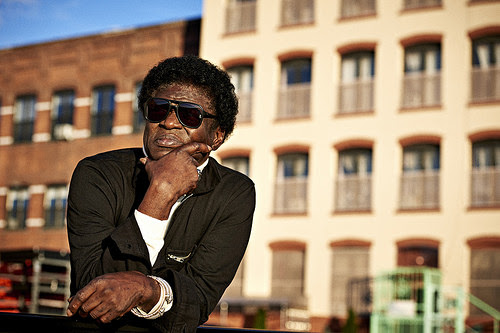 Change For The World is Charles Bradley’s “call to arms” from upcoming third album Changes (Dunham / Daptone), out April 1. He calls for empathy and understanding between the younger and older generations in a world swept up in violence.” Today, Noisey premiered the equally as compelling and politically charged video for the song, directed by Eric Feigenbaum. Watch the video below.

“This video truly represents the song,” Bradley told Noisey. “It shows a lot of the things going on in this world right now. People need to open their eyes, ears and hearts and understand that we need to make a change.” Director Feigenbaum adds, “The idea for me was to make something that reflected the nameless frustration of the lyrics, to rep our global context in the same way that the song does: like an endless stream of terrors and warnings, tied together only by our moment-to-moment perception. Charles is looking out at the modern world, and seeing too much scary shit to categorize all of it. We wanted the video to represent that, to not focus on one thing, to give every piece of the puzzle equal weight, so it winds up almost too frenetic, to the point of being kind of impossible to react to. For Charles, the prescription is simple: it’s all about love, accepting it, giving it, leaving space for it, and the fact that he is able to distill it that far down in the face of the scattered and terrifying construction of everything he’s seeing before him is kind of insane, and kind of inspirational.”

“The Screaming Eagle of Soul” is also set to bring his live show back to stages across the globe in support of the album, including a headline North American tour this spring with shows at New York’s Beacon Theatre, Los Angeles’ The Theater at the Ace & more.