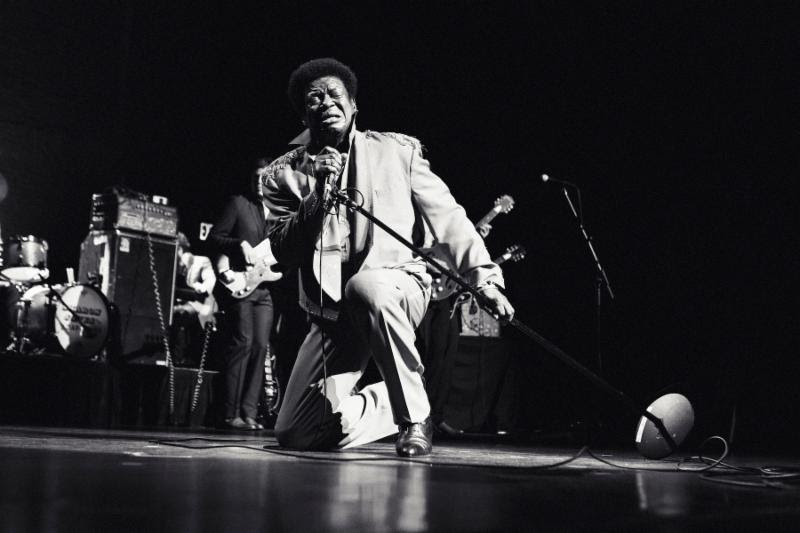 Black Velvet is the fourth and final album from the late, soul singer Charles Bradley. Out November 9 via Daptone imprint Dunham Records, the 10-track album is a celebration of the life of the singer who would have turned 70th that same week and was lovingly assembled by his friends and family. Black Velvet is no anthology, greatest hits or other shallow rehashing of the songs that already made him famous. Rather, this album is a profound exploration through the less-travelled corners of the soulful universe that Charles and his longtime producer, co-writer and friend Tommy “TNT” Brenneck created in the studio together over their decade-long partnership.

While looking through material to include on Black Velvet, Brenneck stumbled upon the track, having forgotten that it existed. Recorded around 2007, the track is a glance at Bradley and Menahan Street Band’s early stylings and Brenneck notes, “For some reason I always thought we hadn’t finished the vocal track but, to my surprise, not only was it finished, it was a powerful performance by Charles and the band is on fire to boot… Why it didn’t make No Time For Dreaming? I have no idea.”

Black Velvet also features new songs recorded during the sessions from each of his three albums, heard here for the very first time in all their scorching glory: “Can’t Fight the Feeling,” “Fly Little Girl” and the heart-wrenching single “I Feel a Change” hard core rarities like his funk-bomb duet with LaRose Jackson, “Luv Jones,” the psychedelic groover, “(I Hope You Find) The Good Life” and the ever-illusive alternate full band electric version of “Victim of Love”; sought-after covers of Nirvana’s “Stay Away,” Neal Young’s “Heart of Gold” and Rodriguez’s “Slip Away”; and the title track “Black Velvet,” a stirring Menahan Street Band instrumental to which Charles was never able to cut a vocal.

The release of Black Velvet follows a string of critically lauded albums including his 2011 debut album No Time for Dreaming featuring his most successful single and a song that continues to resonate, “The World (Is Going Up In Flames)”; his 2013 album Victim of Love that included more of his signature deeply autobiographical songs; and 2016’s Changes, whose title track and lead single was the deeply moving Black Sabbath cover.

To help fans around the world celebrate the Screaming Eagle of Soul’s astounding life, Daptone also recently launched a microsite featuring murals painted by Chicago-based artist Joe Miller (https://thejoemiller.com), dedicated to Bradley located throughout the US. Murals will also be painted by local artists in select cities around the UK and the EU. Visit the site at www.daptonerecords.com/CBforever and see a timelapse video of the first mural going up in Chicago, featuring the album track “Luv Jones” here: https://youtu.be/i39LldsJqUM.

In addition to featuring the murals as they go up leading up to the album release, the site will feature fan photos that use the hashtag #CharlesBradleyForever on social media. Those fans will also be entered into a contest to win a Charles Bradley gift package, with the winner to be announced in late November once all of the murals are completed.