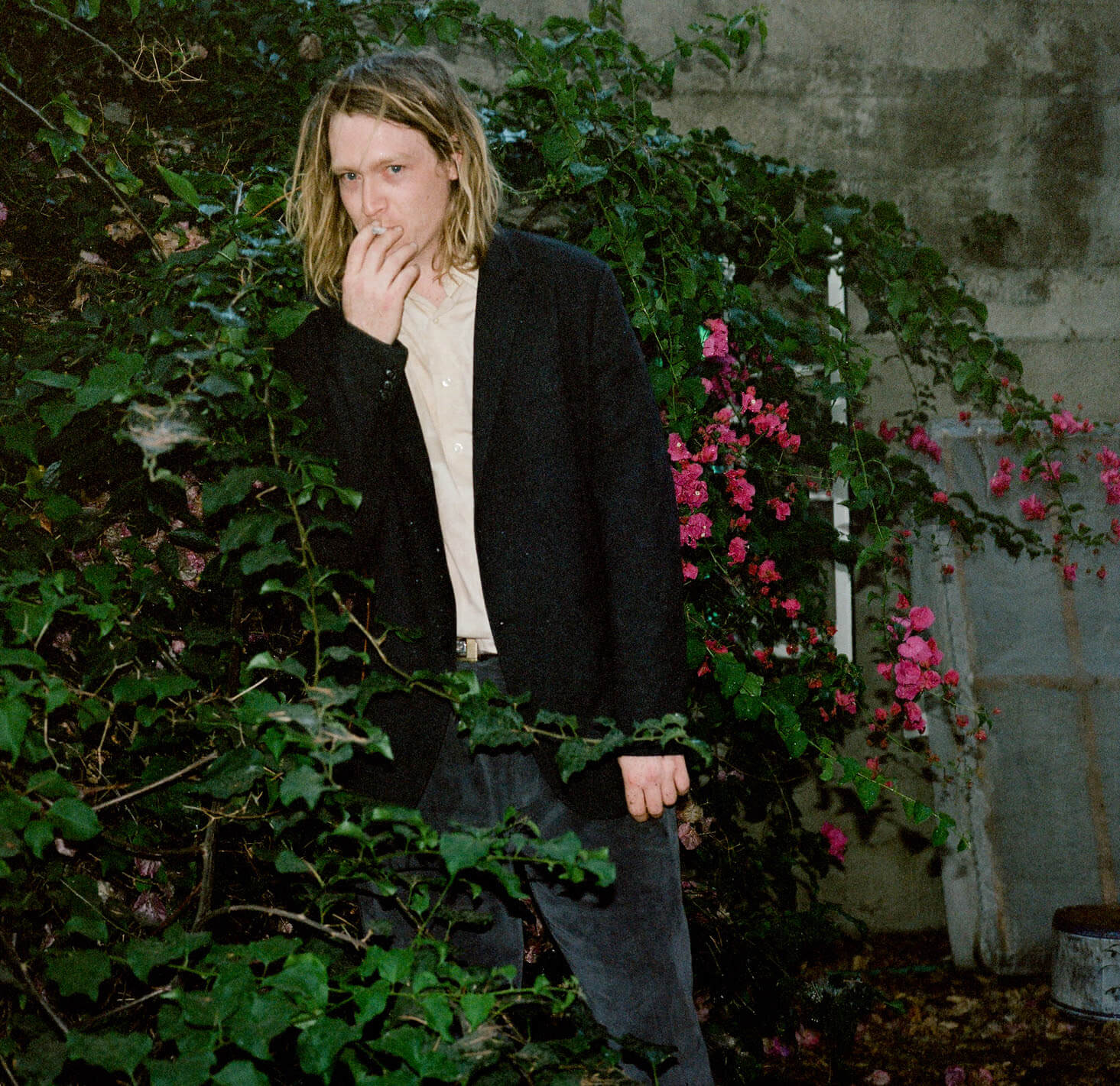 Singer/song writer/actor Caleb Landry Jones drops his new album, Gadzooks Vol. 1, on September 24, via Sacred Bones. ahead, he unveils a new single, “Yesterday Will Come,” and an accompanying visualizer made by Jacqueline Castel. A bulk of the album was constructed off the cuff in the studio, but “Yesterday Will Come” is one of the three songs that are re-recordings from an unreleased album created in 2015. In “Yesterday Will Come,” Jones’ vocal line is mantralike, half-laughing itself into ego death atop strings and horns arranged by Drew Erickson. “I didn’t realize how repetitive the lyrics were until I was playing it for my mom in the studio where she then pointed out the fact,” comments Jones. The accompanying visualizer is in-step with the aesthetics of previously released singles, “Bogie” and “The Loon.” Together, Castel and Jones present off-kilter visuals, with Jones acting as the unnerving figure. Jones is known as an actor (Get Out, Twin Peaks, Best Actor at Cannes 2021 for his role in Nitram).