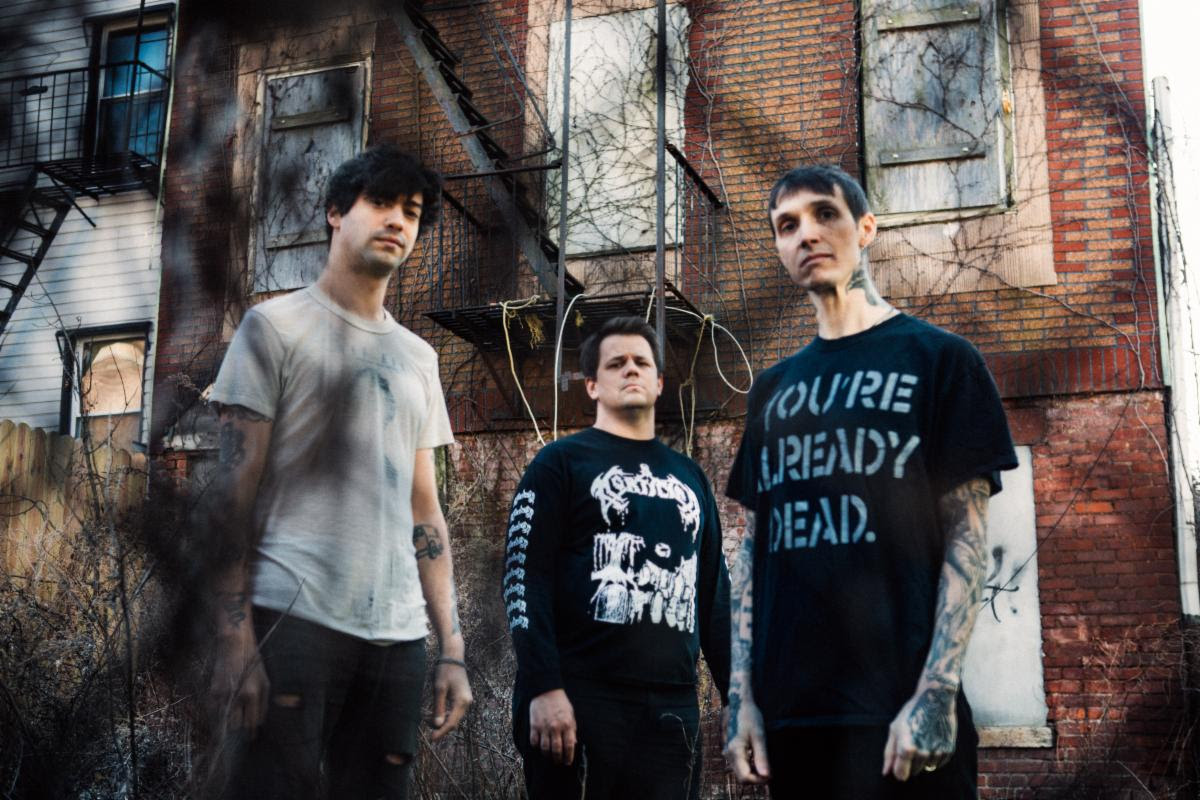 New York City band, Uniform is comprised of Michael Berdan, Ben Greenberg (guitar, production), and Mike Sharp (drums). The trio’s music is described as a strain, struggle through an industrialized mill of grating guitars, warped electronics, war-torn percussion, and demonically catchy vocalizations. Their new video for “Dispatches from the Gutter” was directed Jacqueline Castel. “The video was approached as a documented mass sigil informed by the historical and philosophical concept of self-immolation, performed under the lunar eclipse of Independence Day,” Castel explains. “Participants were asked to bring personal offerings to burn, and were given a directive to write down their intentions for the future, which were attached with accelerants to an effigy that was later cremated. It was a symbolic act of releasing what we wish to abandon, and an invocation of what we wish to rebuild.”

Uniform’s vocalist Michael Berdan reveals, “Aside from being a dear friend, Jacqueline has been a favorite director of all of ours for a very long time. Her stark aesthetic and eye for detail is without parallel. No one could have been better suited to create a visual representation of this song. Dispatches from the Gutter takes equal inspiration from Malcom Lowry’s Under the Volcano and Alan Moore’s Batman: The Killing Joke. It is about the fine line that many of us live on between times of relative stability and utter chaos, and what life is like once that fragile threshold is breached.”

Uniform will release their new full-length Shame on September 11th, via Sacred Bones. The album marks the debut of Sharp on drums whose presence grinds down their metallic industrial edge with a live percussive maelstrom. This time around, they’ve joined forces with Randall Dunn (Marissa Nadler, Sun O))), Earth) to perfect their powerful hybrid of digital and analog, electronic and acoustic, synthetic and actual that has become Uniform’s hallmark.