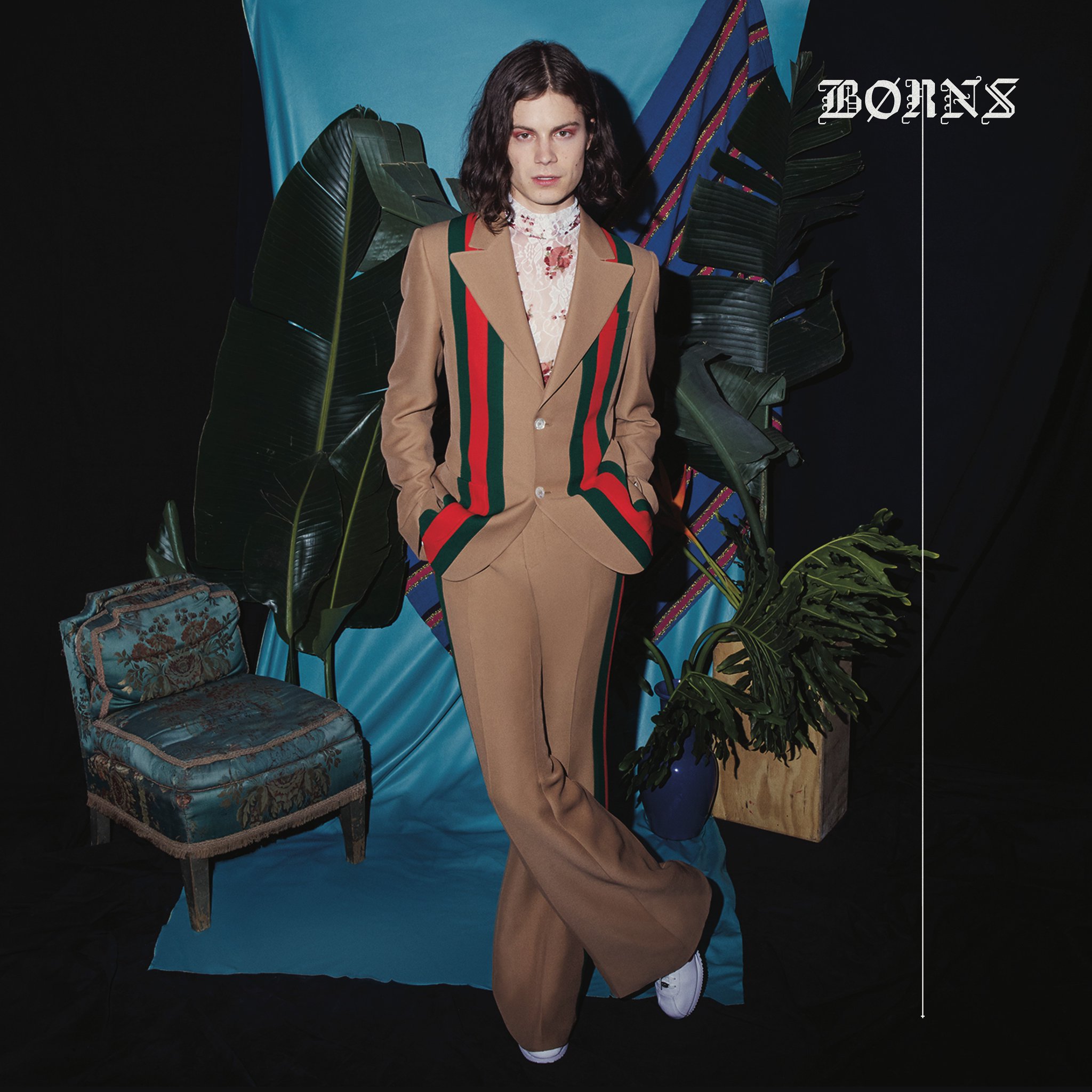 BØRNS has always been hard to pin down as an artist, especially given how many different influences each of his songs seem to pull from. On his latest release, BØRNS tackles pop in parts vintage and modern, injecting electronica and more magical arrangements without ever losing its appeal. Fun but deep, the album is one that will make you smile and want to jump on the ride again and again.

There’s an ethereal quality to the album’s synth work, especially in the haunting ambiance it creates on “God Save Our Young Blood.” The track also manages to blend the smoky tones of Del Rey with BØRNS more bombastic energy to create shocking dynamics throughout the track. “Faded Heart” however pumps out the gate with a galactic take on blues rock. Injecting a real sense of energy into the familiar riffs BØRNS creates something ecstatic in the mix.

“Sweet Dreams” clash of childlike treble and fuzzed out guitars is a powerful contrast, making each pop a little more. Even with the sense of sadness in the pained vocals, each chorus burns with a magic that makes you feel like you’re in BØRNS’ dreams yourself. Emulating sixties pop-rock, “We Don’t Care” layers in sitars and heavenly harmonies for a track with tangible emotion built into its aesthetic. Unabashedly fun, the song lands each hook with precision for a song that is consistently exciting.

Despite a hefty kick of electronica, “Man” is old school pop through and through in its writing, and subtly filtered instrumentation. While the track does feel a little less punchy compared to the rest of the record, its sonic diversity really shines here. The oddly specific lyrics of “Iceberg” make its subdued production feel all the more important, as it highlights which words are most important, and even gives them a second interpretation. The selective sense of mixing makes each section of the song standout in different ways, and its second half is a really fiery relief of tension.

“Second Night Of Summer” comes off a lot less inspired musically, while BØRNS’ raw performance elevates a lot of the writing. While innately cheesy, the strings find BØRNS leaning into his old school writing wholeheartedly to make this a dramatic redux on classic love ballads. There’s a lullaby-like quality to “I Don’t Want U Back” as even its booming instrumentation feels like its holding back. This results in a track that sounds right but never feels totally behind its message, leaving you wanting more.

Most surprising on this record is how groovy “Tension (Interlude)” gets despite its short runtime, making one wonder what kind of dance chops BØRNS may have in the future. “Supernatural” dives right into its enchanted tones letting harsh bass cut under willowy synths and strings. While the groove here is truly divine when mixed with the vocals, the theremin solo is the real magic of the track.

Ringing out like pop in the sound of Blade Runner, “Blue Madonna” is one of the album’s simpler but effective tracks. The back and forth in the vocals, made all the more venomous by Del Rey’s delivery, create a real heft to its emotion that makes it work. On its vintage piano chords, “Bye-bye Darling” should sound bland but its delightfully classic instead, letting the bizarrely emotive keyboards say as much as BØRNS’ lyrics. Taking notes from Paul McCartney and Elton John in the pop-infused writing, BØRNS closes his record with real heart.