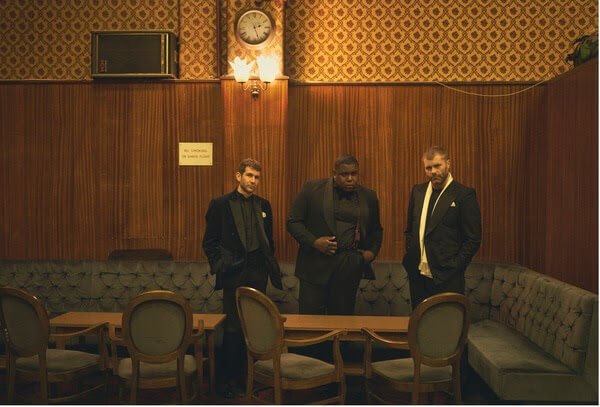 Gabriels is acclaimed gospel singer and choir director Lusk and co-producers Ari Balouzia and Ryan Hope who are, respectively, also a classically trained musician/soundtrack artist and an established film director. Their music initially garnered attention abroad, leading to a record deal with Atlas Artists/Parlophone and support from Paul Weller, Jungle, BADBADNOTGOOD, Virgil Abloh and Elton John, who branded their track “Love & Hate in a Different Time” as “one of the most seminal records I’ve heard in the last ten years.”

Bloodline, the new EP from Gabriels, is out now on Elektra. The EP artwork portrays a painting of vocalist Jacob Lusk’s TMZ mug shot from when he was arrested back in 2010 following a traffic stop. Prior to the arrest Lusk was cited for riding the L.A. Metro without buying a ticket, and upon not appearing to his court hearing an arrest warrant was issued.

The group first came together in 2016 when Hope and Balouzian were working on a film together. In search of a choir for the project, they met Lusk in the casting sessions and instantly clicked. The trio spent the next five years cohesively redefining their sound while co-writing what ended up becoming Gabriels’ debut EP, Love & Hate In A Different Time.

Well established in the Los Angeles gospel community, Lusk has been singing since he was a child. Raised in an apostolic church he wasn’t permitted to listen to secular music, but on weekends his father would school him in jazz and artists such as Nat King Cole. In 2006, Lusk responded to a Craigslist advertisement looking for background singers to work with an unnamed rap artist and subsequently found himself in the studio with hip-hop icon Nate Dogg. Though that project was never released, Lusk continued to break ground as an artist, singing with Diana Ross at the Hollywood Bowl, collaborating with the likes of Beck and St. Vincent and appearing on American Idol where he worked with producers Rodney Jerkins and Tricky Stewart. 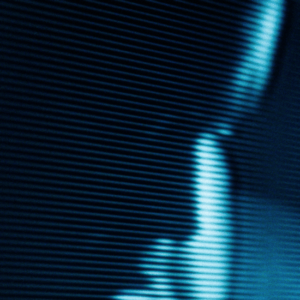 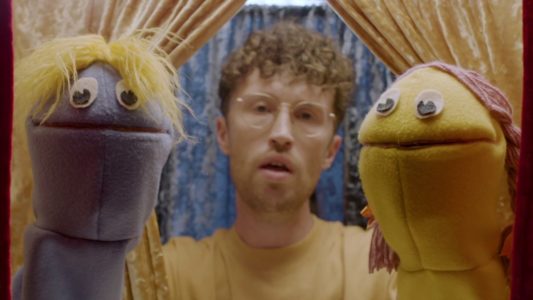