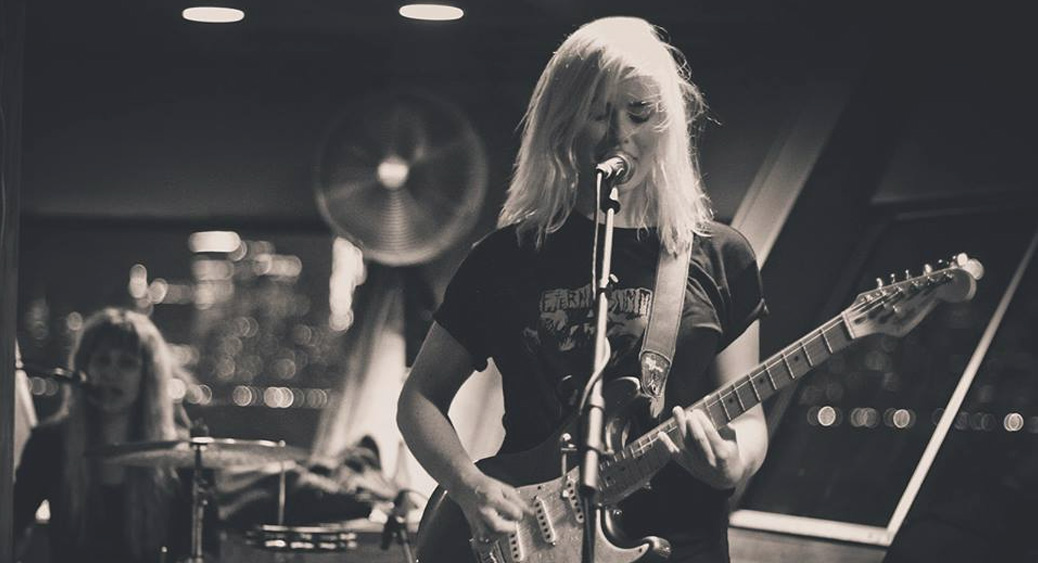 Beverly have released an eerie new video for their single “South Collins.” The track comes off their forthcoming release The Blue Swell, which drops on May 6th via Kanine Records. Directed by Jim Larson, the clip features frontwoman Drew Citron playing double duty as an unwitting patron at a spooky hotel and as a spectral nightclub singer.

Citron said of the concept :

“I originally wrote the song “South Collins” like a noir film script, the music and lyrics describe a murder at an art deco hotel. One weekend after a friend’s wedding in the Catskills, I came across the perfect setting of the Colonial Inn. The place definitely had a surreal and creepy vibe, yet the owner Steve was amazing. He was totally down to let me and 20 of my friends take over the hotel for a weekend, and we ended up casting him as the older bartender.

The idea behind the video is that I walk into a hotel, and the sight of me triggers the bartender’s flashbacks to a nightclub singer he met decades before at the same hotel. A wild and progressively sinister party ensues. Years later he is still haunted by it – what happened that night? Director Jim Larson created the perfect look of an eerie Twin Peaks or The Shining-like world, without getting too overtly into ghost stories and the supernatural.”

Citron says, “It wasn’t necessarily a conscious decision to create- or not create – a new sound, but changes were inevitable, and we’re working harder than ever to get at what we love about good songs, what we can do with them, and how they can connect to people.”