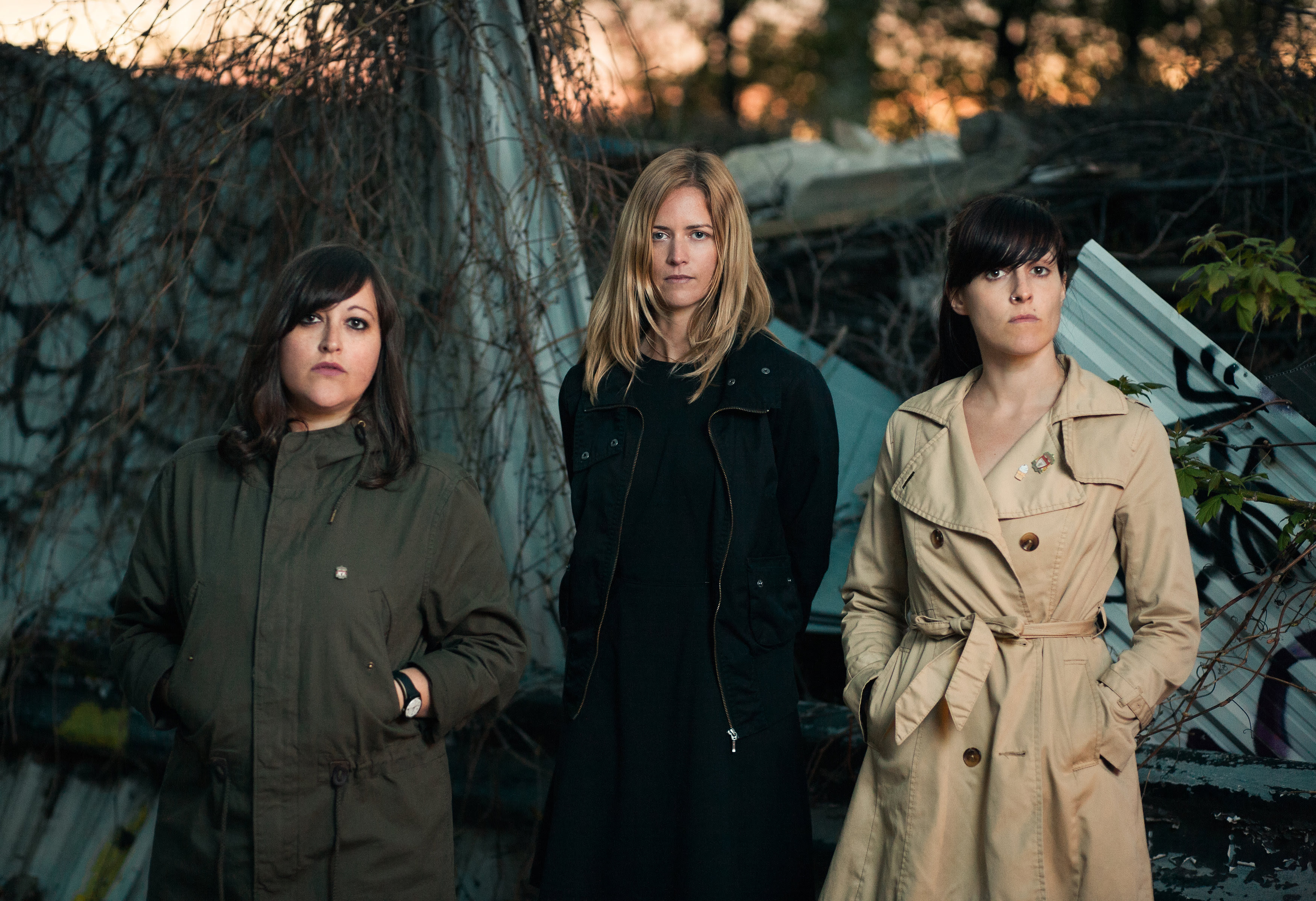 The Beverleys have signed to Buzz Records comprised of sisters Steph and Joanna Lund and Susan Burke. Formed in 2010 the band rapidly ingratiated themselves with Toronto’s music scene with punishing early live sets in basements, artist’s studios and galleries, distinguishing themselves among their sludge punk peers with both their fevered intensity and deft songwriting. In 2012 they recorded an appropriately lo-fi EP with Fucked Up’s Ben Cook.
Visions

Their new single, “Visions” sees the band expand on the sound of their earlier releases, upping the production values courtesy of Josh Korody (Wish, Fucked Up, Beliefs), adding Breeders-esque pop melodies to their Hole and Babes in Toyland inflected grunge punk, and forgrounding Susan Burke’s inimitable snarl. According to Burke, despite the track’s anthemic feel, the song was borne from a place of anxiety. “We spent a summer together in a house in the countryside of Niagara getting up to lots of no good.” says Burke, “I’m always afraid of things unseen, and I saw a lot of that there in the shadows of the woods in the middle of the night. Eyes in the trees, animal howls, maybe movements in the dark, maybe just fear, paranoia, anxiety. No doubt it’s tied to the feeling of being threatened by relationships and things in my own life at the time – who demands what of me, who makes me feel guilty and for what, a sense of being under attack and a disappointment. But at the same time, there’s a numbness and a boredom in constantly feeling this way, and time passes by with these feelings that suck and nothing changes you want to feel propelled into action and get the hell away.”