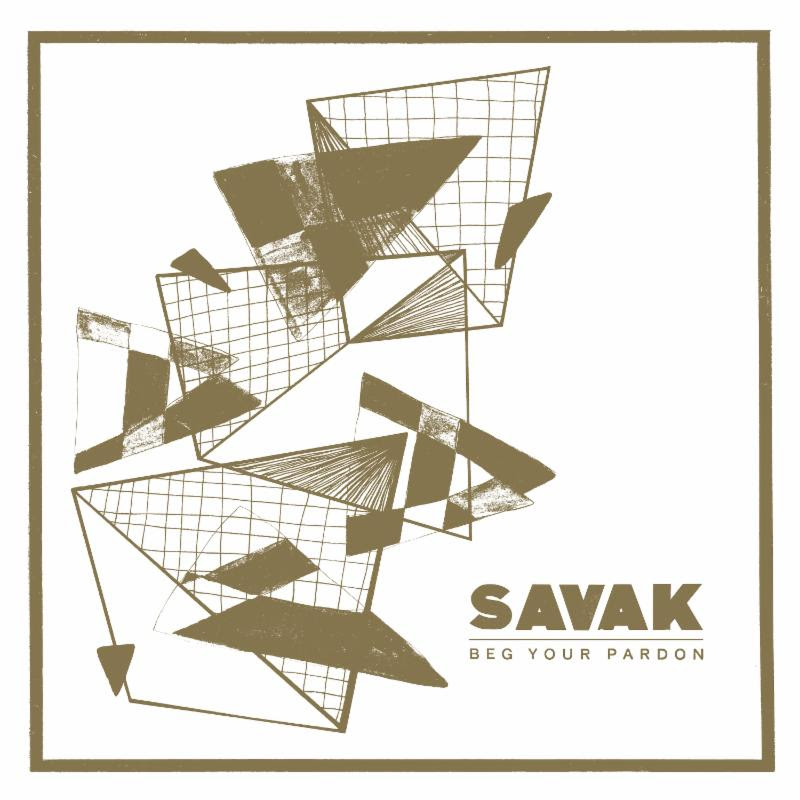 In personnel and influence, SAVAK are a roughly stitched together outfit but it most definitely works. Formed in 2015 by members of Obits, Holy Fuck, Nation of Ulysses and The Cops, the Brooklyn band’s sound is a smeared Venn diagram of garage rock, DC hardcore and the more chaotic side of jazz with a twist of psychedelia. SAVAK return with their third LP ‘Beg Your Pardon’, an album deep-seated in noisy rock ‘n’ roll, with salacious grooves and chock full of observations on religion, social media dependency and where rock music sits in today’s zeitgeist.

‘Beg Your Pardon’ is bestowed with an infectious energy, which commences right from the off with the searing opener ‘Dead Dick’. A curious ditty about an unnamed man in something of a pickle “dead dick lost his head/can’t perform in bed/nothing left to hold in his hand/dead dick lost his head”. Sounds painful right? This is where rock ‘n’ roll and hardcore collide, as muscular riffs and snarling noise meet grubby grooves. ‘Door Deals and Debt’ is a rapid fire sub-three-minute stormer hell bent on a collision course, propelled by piston-like drumming and frantic fretwork. ‘Bad Eyes’ is pure punk ‘n’ roll, delivered at whipcracking speed played with aragged intensity. When the pace drops SAVAK’s latest album doesn’t quite have the same impact as its speedier numbers; although the warping, expansive ‘A Normal Speed’s woozy, psychedelic make up fares better than ‘Agronomy Domine’ and ‘Our Savage Wit’ – whereas you wouldn’t say these tracks are bad per se, they don’t carry the same weight and oomph as some of the meatier cuts on ‘Beg Your Pardon’.

When it comes to observing societal quirks, ‘Beg Your Pardon’ offers an opinion on obsessions with living our lives through the internet; ‘Nature Erased’ is a frenzied barrage of squalling saxophone and frayed punk savagery whilst vocalist/guitarist Sohrab Habibion chants “constant contact/instant feedback” repeatedly, like a maniacal preacher. Forays into religion crop up via ‘2X Void’, as Jaworski declares “your god/he don’t exist” as the rest of SAVAK usher out a stomping, almost taunting refrain. ‘Silhouettes’ wades into the same waters with Habibion plunging further into the opinion that our deities are desperate acts to limit pain “there is no god/there is no salvation/temples that we build are acts of desperation”. When SAVAK decide to throw their hat into the ring on the health of rock ‘n’ roll via ‘We Lead Them To Your Door’, things get a little formulaic. Over a hazy motif, Habibion can he heard doing his own pulse check on rock music “you once claimed that rock ‘n’ roll was dead” while cynically proclaiming what’s the point of carrying on if you’re re-treading old ground “why do anything when everything’s been done/while you’re out here soaking up the sun”.

Intensely fiery and with an acidic tongue ‘Beg Your Pardon’ demands your attention.