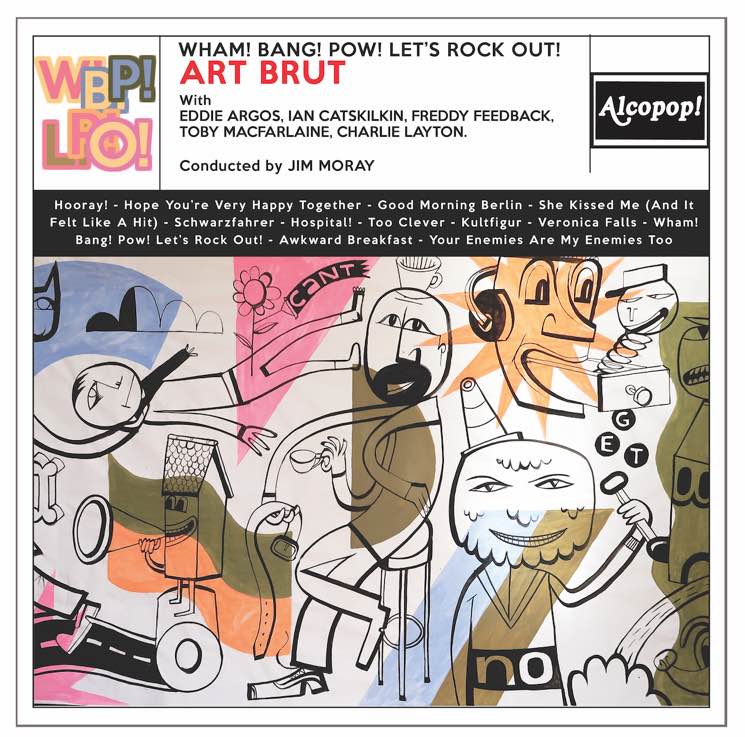 Art Brut beautifully sum up the British rock sound, and to their credit they seem hilariously aware of that. With music that is a little nostalgic but rarely detrimentally derivative, Art Brut only suffer from some mix and performance approach concepts. On the other hand, they do also have some of the wittiest lyrics on any album this year.

The relentless high-energy of the brass and vocals is such a potent force on this record that if nothing else, you’ll never feel like Art Brut are taking a lazy approach to their recordings. “Hooray” tumbles out with its blast of sound and such a uniquely idiosyncratic sense of rhythm you’ll find it endearing. After that, all the ecstatic pop and bright harmonies just make it hard not to want to scream along. Even “I Hope You’re Very Happy Together” moves with its own kind of bounce, though Art Brut colour their mix a little strangely. Between the kind of happy anger of the song, there’s a little less coherence sonically as several other voices don’t totally fit the sprawl they create. “Good Morning Berlin” nods to its poetic influences and grinds out with a slow kind of disdain that its whistles make a little more fun. I can definitely hear the very specific appeal that Art Brut bring to this song, but it just falls a little short in this case.

After a notably “Hard Day’s Night” chord, “She Kissed Me (And It Felt Like A Hit)” drifts between a very old school British rock energy. Just as it stars to growing boring because of this however, Art Brut grind out every chorus to bring enough punk to send it flying. “Schwarzfahrer” hovers with this child-like mystery, but descends into a more grumpy rock track that carries most of its power in lyrics more than anything else. A part of the Art Brut delivery always seems to call to Blur’s “Park Life” and it’s the most pronounced on “Hospital!.” Thankfully the ridiculous commentary and spacey synths do enough to keep it from growing into a pastiche.

Admittedly however, it gets much harder to stay along with this delivery as you hit a track like “Too Clever” that carries a much darker fire than other tracks on the record. With the virtually identical vocal style stopping and starting like chat here, it just doesn’t feel like enough. This two holds back the kind of macabre energy of “Kultfigur” where all the statements and guitars hit hard, but there’s just something a little too reserved in the vocals. I do feel however that there’s a certain demographic that this approach will speak to that will be utterly enthralled by the way these lines tumble out. All gripes aside, I do believe “Veronica Falls” might be one of the funniest uses of defunct band’s music in ages. By capturing the band’s spirit in the song as a whole and using one of their most iconic hooks in a totally new light, they make something both hilarious but still potent as pop.

In their final swings the kind of uneven frock of tracks like “Wham! Bang! Pow! Let’s Rock Out!” and “Your Enemies Are My Enemies” rarely feel quite as euphoric and unhinged as earlier tracks. Even in their more free-flowing spaces of these tracks, it can feel misplaced more than anything. Art Brut do however hit their most Ian Dury-like lyricism and pointed vocals on “Awkward Breakfast” for a track that is frantic sonically as it is rhythmically. 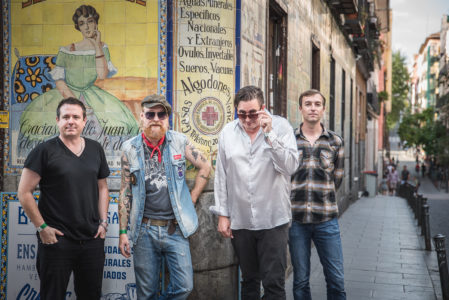 Art Brut debut “Your Enemies Are My Enemies Too”