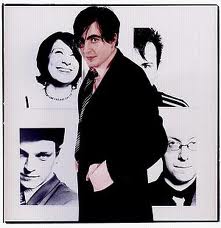 Art Brut are a part German part English band. The genre they work in is very honest, guitar based pop music. They have been around for 10 years, toured the world numerous times and released four albums ( the last two produced by the legendary front man of the Pixies, Black Francis).

This App is a recommended companion to their recent Best Of album, Art Brut Top Of The Pops.

Old hippies and idiots who only collect vinyl often complain that album artwork has suffered in recent times due to it not being as readily available on huge 12 inch pieces of cardboard. Art Brut disagree, we have embraced the future, 12 inch pieces of cardboard are for squares. Our App – or super futurisitc album artwork if you will – contains previews of the songs from Top of the Pops and includes the exclusive comics that were produced for each of the album’s tracks. Unlike a big piece of cardboard you can carry this around in your pocket. Well… in your phone or iPod in your pocket. And On your iPad, which won’t fit in your pocket.