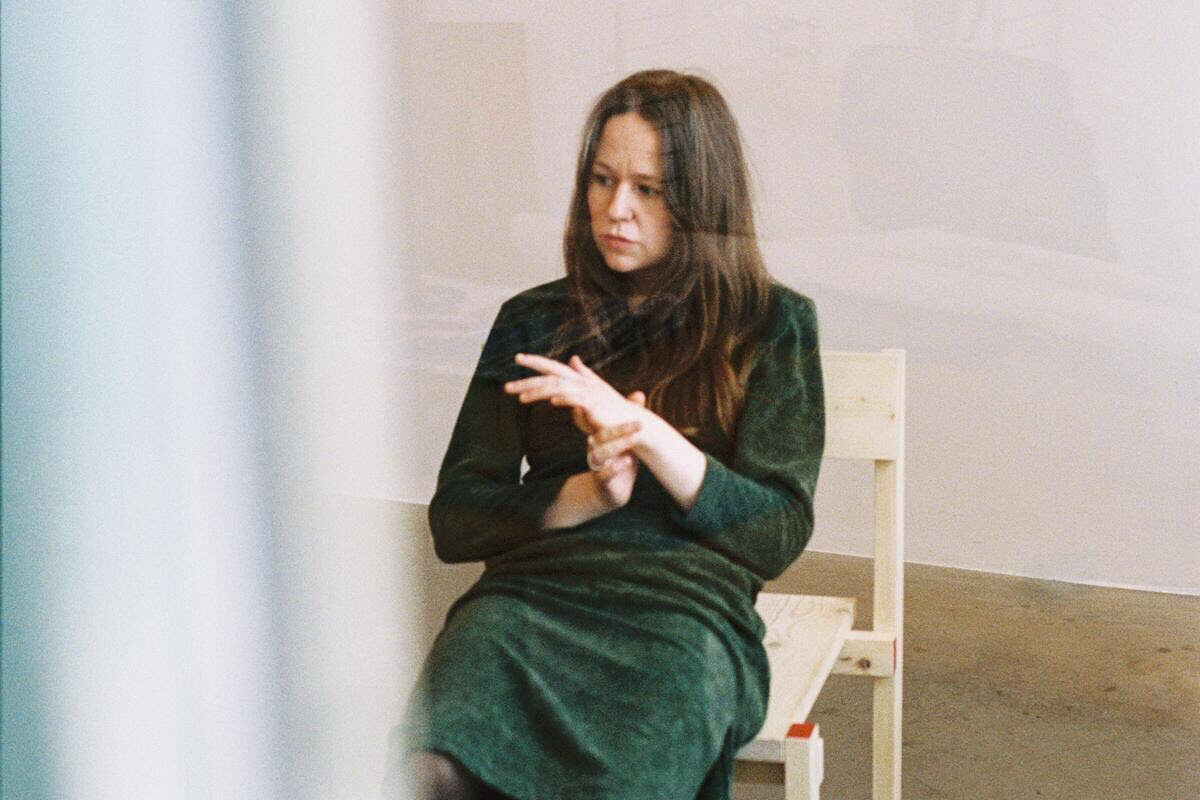 Alice Boman has shared “Maybe,” the latest track off the Swedish singer/songwriter’s forthcoming LP The Space Between, produced by Patrik Berger (Robyn, Lana Del Rey) and featuring a guest appearance from Perfume Genius (on “Feels Like A Dream”). The ingle arrives with an equally dreamy and nostalgic video directed by Castor that consists of Super 8 film footage he discovered in an abandoned cabin in southern Sweden in 2014, labeled “Canada.”

“I love how this song turned out. How it sounds. Because even though it’s kind of a sad song, about dealing with the realization that something you want is never going to happen, it still has a lightness to it,” says Boman. “And I really appreciate contrasts like that. How opening up to one feeling can evoke another one and then exist at the same time.”

Castor, who bought a working 8mm projector to watch the old film roll, discovered the footage is of a Swedish woman’s trip to the U.S. and Canada in the mid-late ‘70s. He’s since been able to track down the relatives of the person who shot the film and digitized it for them. “In a short sequence there’s a glimpse of a gravestone with a Swedish name, Edwin, who passed away in 1958. I decided to investigate that further and found the stone to be located in the small town of Spalding, Canada,” he explains. “I finally managed to reach one of the man’s grandsons and I sent the footage for him and his siblings to watch. And there they were, as kids, running around their family home, which is still in their possession,” explains Castor. “The photographer is remembered as Irene, a long-distance relative from Storuman, Sweden, who passed away in the early ‘90s. 30 years after her passing, Irene touched the hearts of the ones she captured on her camera that one time back in the early ‘70s and I bet she will touch a few more via Alice’s lovely ‘Maybe’ video. Irene is shown in the last frames of this video. Rest in peace.”

Alice Boman has been thinking about space a lot lately. The silence between sounds, the unspoken bonds between humans, the enormity of the universe and her place within it. It can all get a little overwhelming at times if she’s honest, but whenever it does there’s always music. Ruminating on intimacy and existential angst, to listen to The Space Between is to hear Boman’s thoughts unfurl in real time, her quiet contemplations cocooned in sympathetic arrangements created in collaboration with her producer.