Goodbye Honolulu have released the latest single off their recently announced, self-titled debut album. The LP is set for release October 1, 2021 via Stray Dog Records. Ahead of the release, the Toronto band, has shared the album track “You and Me.” For their latest release, the band Worked with producers Ben Cook (Fucked Up, No Warning, Young Guv) and Tony Price (US Girls, Slim Twig, Ice Cream, Michael Rault).

Sometimes you find that person, and you know that your lives will always be connected. People might tell you that it will never last, someone will always want to tell you exactly what you “need” to do, but if all you ever wanted was someone to get haunted with, and if all you ever needed was someone to get heated with, this just might be the thing that lasts forever.”

During the recording process the band dealt with many weird happenings, which is no surprise as the record was recorded in an abandoned movie theatre turned recording studio in the east end of Toronto, where the band lived and recorded for 11 days. A visit by the spirit of a woman and a dog during one of their overnight stays inspired both the album’s choice of cover art as well as many songs and lyrics on the record.

Goodbye Honolulu met in high school (well actually Max and Emmett met on Halloween in 2nd Grade when they both turned up at school dressed as James Bond). During their teens they played in each other’s musical projects and even started their own label (that boasted a roster of 14 Toronto bands in its heyday). These formative years saw the Goodbye Honolulu members busy playing in bars, curating their own concerts and festivals, self-releasing multiple albums a year on Bandcamp. 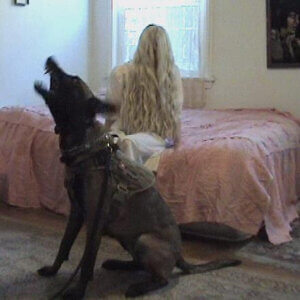 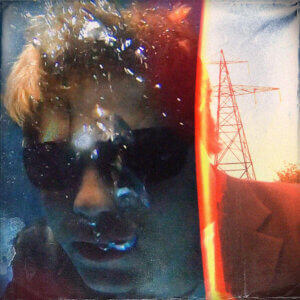