“Yer Out Of Control” The Britanys

The Britanys have released their new video for their brand-new track “Yer Out Of Control.” the track, is the third track off their upcoming mixtape, Can’t Stop Checking My Phone, which is due out on October 5. The song coincides with an interactive video game, which allows the player to drive through a trippy race track while the song plays.

“Yer Out Of Control” is a raw and energetic body of work, written and produced The Britanys (Lucas Long, Lucas Carpenter, Jake Williams, and Steele Kratt) and Dylan Chenfeld, about no longer being able to manage (yet somehow always being able to forgive). “Last night I thought it might be too different, turns out your just back on your bullshit,” sings front man, Lucas Long.

They have previously released their vertical video for “I Don’t Know How to Be Alone” – the video was shot and directed by Jimmy Giannopoulos (of Lolawolf) in the apartment the four-piece shares in Brooklyn.

The Britanys will be headlining a string of dates overseas beginning on October 5th – they have previously shared the stage with Hinds, Wolf Alice, and more. Their electric, retro, DIY set will include songs off their mixtape as well as fan favorites such as “In Yer Time,” and “When I’m With You”.

Their 2017 EP ‘Five A Side’ won them praise for its no-frills indie, and effortlessly cool attitude, but their arsenal of new songs, like the polished, glimmering swoon of recent single ‘When I’m With You’, show a band unwilling to rest on its laurels. It’s only the beginning for The Britanys, but that makes their future look all the more exciting 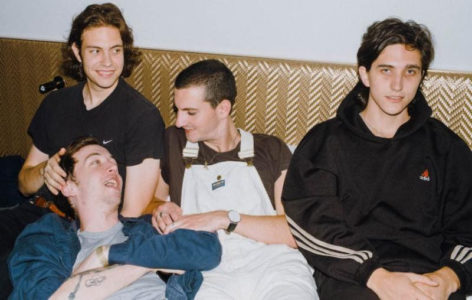 “When I’m With You” by The Britanys 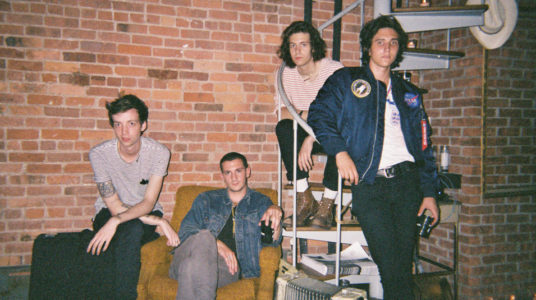 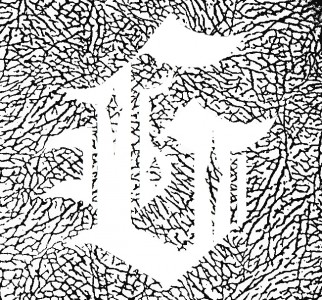