Windy and Carl – We Will Always Be 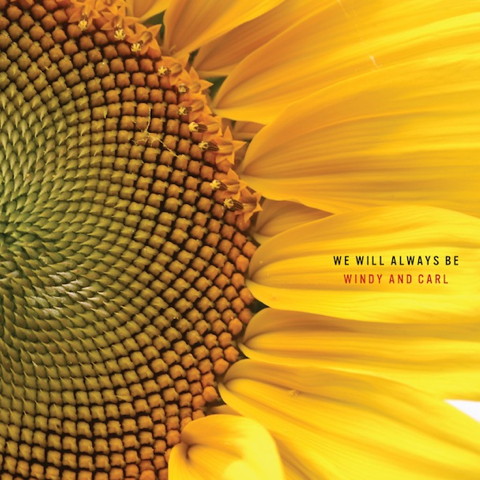 Artist: Windy and Carl
Album: We Will Always Be
Label: Kranky
Rating: 7.5

Windy and Carl have been making ambient music for about 20 years. If you added up all the long held notes that are on their albums you could create one long continuous musical road to the moon, or to the centre of the earth, or wherever your imagination wants to take you really. That’s the thing about ambient music, it’s not really about the music itself, as it strips all layers of conscious auditory thought, and activates the imagination triggers of the brain. So when seminal Michigan artists Windy and Carl release a new album you don’t ask if it’s good, you ask how good your daydreams were.

Their album titles up to now have bordered on ambient music clichés: “Portal”, “Drawing of Sound”, “Depths”, “Consciousness”, and “The Dream House”, so it’s nice to have something a little more tangible to jump off from with “We Will Always Be”. It might make not make a whole lot of difference to some people what an ambient track is called, but it’s a nice start to a bubble map of the imagination when you have titles like “Spires”, “Looking Glass”, “The Smell of Old Books”, and “Fainting in the Presence
of the Lord”. As is most of W&C’s music, their drone mainly comes from guitar effects rather that the synthesizer. That’s mostly the case here although I’m fairly certain that I’m hearing a faint hint of synths on the tracks, but it’s really hard to tell as pedal effects seem to be getting closer and closer to synth territory anyway. Even still this is a soundscape album that puts a lot of effort to draw you away from what instruments you’re hearing, so I don’t even know why I’m trying to interpret it. Describing the sound of the album almost seems like a futile exercise that may trap me into some clichés, so perhaps I’ll just tell you my daydreams as I listened instead.

It snowed tonight in Vancouver so the heavy, sometimes somber mood, felt like a white blanket covering the atmosphere. It enveloped me but for some reason didn’t make me cold. I felt warm, as if I could feel the sun on the outside of the heavy clouds, its presence felt between heavy accumulations of frozen moisture. Nature had attempted to thwart me today, but with “We We Always Be” as my soundtrack, it allowed me a brief glimpse of a better tomorrow, because the Sun is and always will be there, at least for the next 5 billion years.